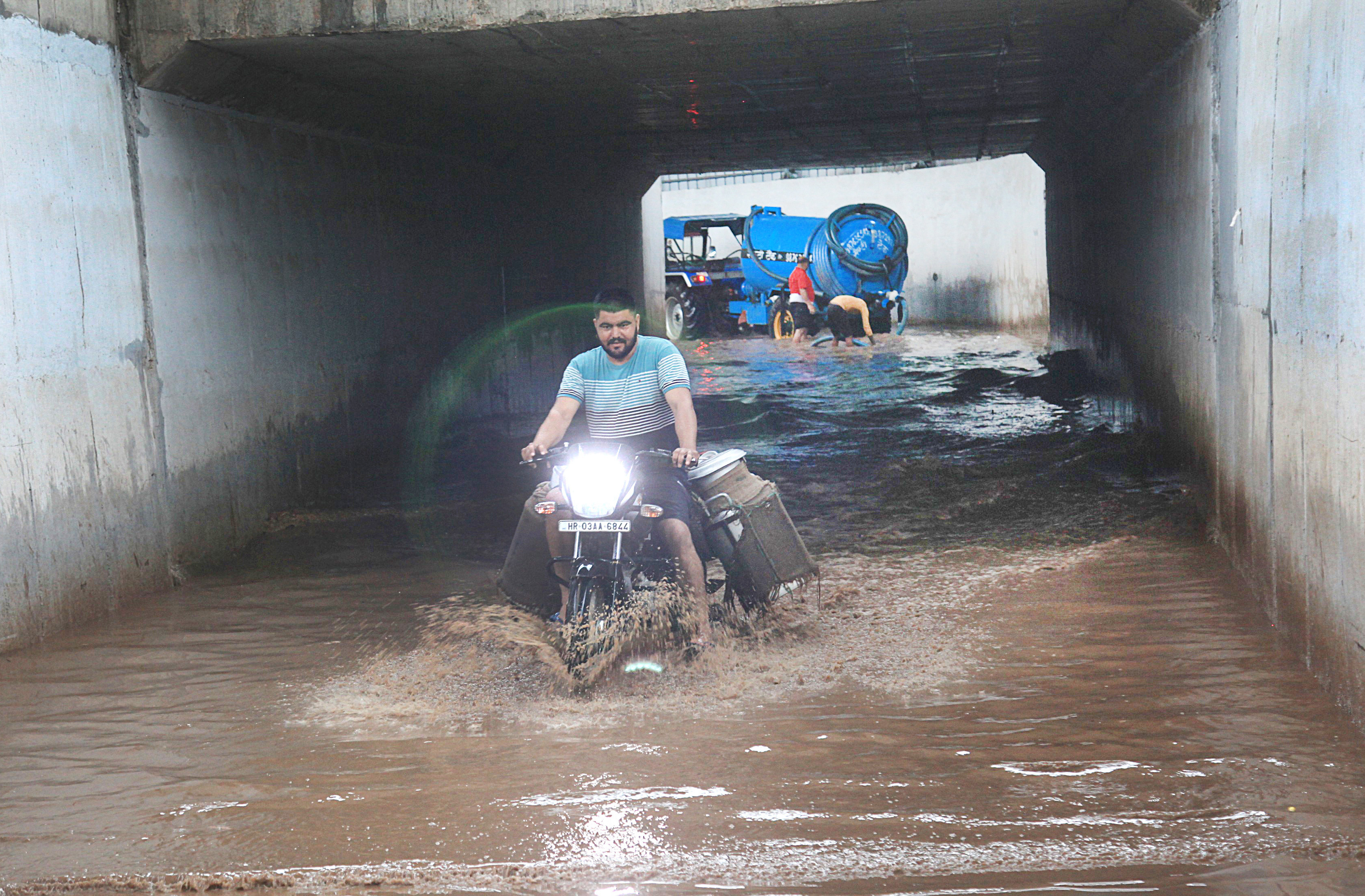 A waterlogged underpass in Sector 19, Panchkula.

Heavy rain caused inconvenience to local residents as rainwater entered houses in Sector 19, damaging furniture and electrical gadgets in some. As soon as people started posting pictures of waterlogging on the social media, Mayor Kulbhushan Goyal swung into action and visited the affected areas along with the SE, XEN and SDO. Employees of the Engineering Wing also reached Sector 19 with machinery to drain out rainwater. It took them one-and-a-half hours to clear the areas.

The railway underpass was also filled with water, making it difficult for commuters to cross the stretch. Later, PWD officials removed water by installing a motor.

Superintending Engineer Vijay Goyal claimed water could not flow towards Baltana as drain’s entry towards Punjab had become narrow owing to illegal construction.

Waterlogging was also reported in the rural area, including Bhanu village, where rainwater entered houses as rivulets overflowed.

The mayor said 75 per cent of the roads had been cleared, adding the remaining were being cleaned by geo-tagging and sending staff immediately. He also directed Municipal Corporation officials to be available 24 hours for public assistance. — TNS

The railway underpass was also filled with water, making it difficult for commuters to cross the stretch. Later, PWD officials removed water by installing a motor.