'Human skeletons from Ajnala are of Gangetic plain martyrs' : The Tribune India

'Human skeletons from Ajnala are of Gangetic plain martyrs' 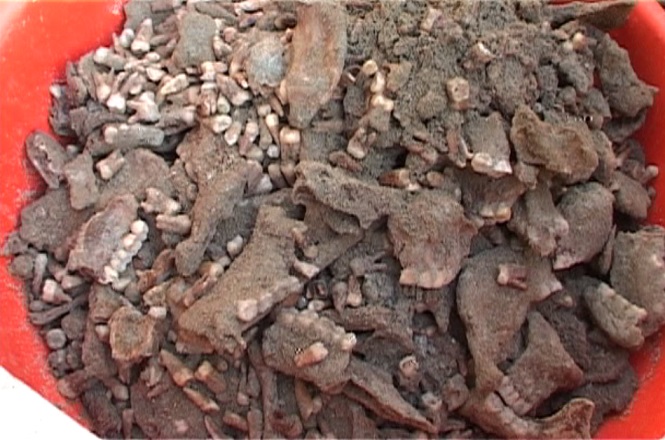 Human skeletons excavated from an old well in Ajnala town in Punjab.

A study by Dr JS Sehrawat, Forensic Anthropologist and a faculty member from the Department of Anthropology, Panjab University, revealed that a large number of human skeletons excavated from an old well in Ajnala town of Punjab represent residents of the Gangetic plain region.

The study was carried out in collaboration with the Centre for Cellular and Molecular Biology (CCMB), Hyderabad, Birbal Sahni Institute, Lucknow, and Benaras Hindu University (BHU) to establish the roots of these martyrs using DNA and isotope analyses. The study has been published in the journal “Frontiers in Genetics”.

A large number of human skeletons were excavated from an old well in Ajnala town of Punjab in early 2014. Some historians believe that these skeletons belong to the people who were killed in riots during the partition of India and Pakistan. The other prevailing belief, based on various historical sources, is that these are skeletons of the Indian soldiers killed by the British army during the revolt of 1857 of Indian freedom struggle. However, the identity and the geographic origins of these soldiers have been under intense debate due to lack of scientific evidence. Researchers have used 50 samples for DNA analysis and 85 specimens for isotope analysis.

“The results from this research are consistent with the historical evidence that the 26th Native Bengal Infantry Battalion consisted of people from the eastern part of Bengal, Odisha, Bihar and Uttar Pradesh,” stated Dr Sehrawat, the first author of this study.

As per historical records, soldiers from this battalion were posted at Mian-Meer, Pakistan, and killed British officers in a revolt. They were captured by the British army near Ajnala on the banks of the Ravi river and executed very next day.