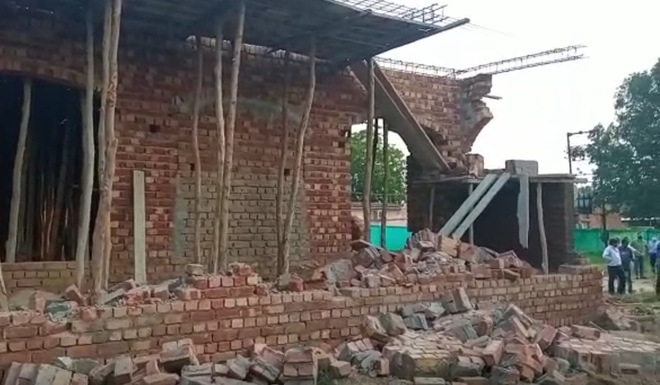 Illegal construction on agriculture land in Khuda Ali Sher village has come under the scanner of the UT Administration.

Several illegal houses have already been built on the agriculture land while the new ones are also coming up here. The UT Administration is demolishing the new ones simultaneously. For old ones, litigation have been pending in the Punjab and Haryana High Court and officials have to follow the due procedure such as serving notices before acting.

About 200-300 illegal house cases under the periphery Act are currently pending before the SDM. “We demolish any new house that starts coming up. Today also, we demolished a big building there. While in the case of old ones, constructed before the High Court order, we are following the due procedure,” SDM (Central) Harjeet Singh Sandhu told Chandigarh Tribune.

In a visit to the area following complaints, a team of The Tribune team found several shops and houses built on the agriculture land.

“At the time of buying the land, we were told that houses can be built here and we will get an approval later. However, that has not happened,” said a resident.

In some areas, two canal farms are also on sale there. “No plots are left now. All have been sold out,” a realtor told The Tribune.

A local resident said: “Farms are just an excuse. Actual purpose of people buying the farms is to build houses at a later stage. The authorities must keep a check on it.”

However, SDM Sandhu said: “Selling two canal farms is allowed in the UT. However, the owners cannot construct anything on the land. We keep an eye on that and will not let that happen.”