Chaduni said if the new farm laws were implemented, farmers will no longer remain owners of their land 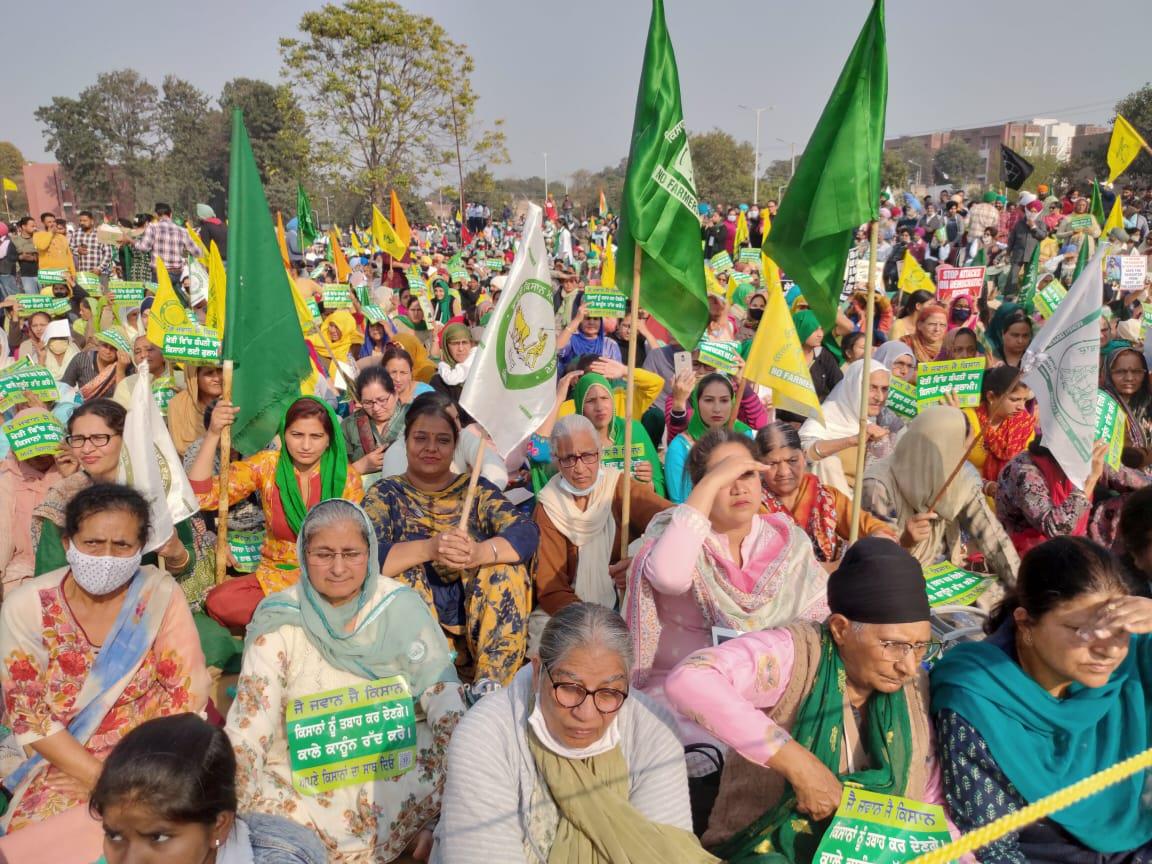 Protesters at the kisan mahapanchayat held in Chandigarh. Tribune photo

Haryana BKU chief Gurnam Singh Chaduni on Saturday said food prices will increase like that of fuel if the Centre’s farm laws are implemented in the country.

Describing the farmers’ agitation against the Centre’s laws as a “dharma yudh”, the Haryana Bharatiya Kisan Union chief exhorted all sections of society to be part of the movement.

Chaduni was among several farmer leaders who addressed the first “kisan mahapanchayat” held here. The event was organised by the Naujwan Kisan Ekta.

“We call it (agitation) ‘dharma yudh’. If agri-business laws are implemented, then the country’s foodgrain will go into the godowns of a few people. Then the food prices will go up the way petrol prices are rising now,” said Chaduni, seeking to assert the “adverse” impact of the legislations.

“So, this is not a fight of farmers’ alone and we appeal to all sections of society that they should join this agitation. It is a movement to save the country. It is a ‘dharma yudh’,” said Chaduni.

Chaduni said if the new farm laws were implemented, farmers will no longer remain owners of their land. The next thing which will be seen is companies doing farming on huge chunk of land, he stated.

“If that happens, how will 65 per cent population which is dependent on agriculture survive? So, the question is of our survival, our future. If we lose this battle, then no one can save us from economic slavery,” he asserted.

He accused the Centre of doling out financial relief to corporates and claimed the government could not spare money for relief to farmers in the shape of debt waiver.

The Bharatiya Kisan Union leader said the question is not just of farmers but these three laws will impact cross section of people.

Chaduni asked people not to vote for those who do not stand by farmers today. He asked farmers to stay at the protest sites near the Delhi borders for some days on rotational basis.

Addressing the gathering, Bharti Kisan Union (Ekta Ugrahan) president Joginder Singh Ugrahan slammed the BJP-led Centre for bringing the three “black” laws which are “against” the interest of farmers.

He alleged that these farm laws will “benefit” the corporate sector.

He asked the government to repeal the laws rather than sticking to its stand of putting these on hold for some period.

Farmers from Punjab and Haryana have been camping at the Delhi borders since late November, demanding the repeal of the farm laws and a legal guarantee on the minimum support price for crops. — PTI