In a first, ITBP inducts women constables as dog handlers : The Tribune India

In a first, ITBP inducts women constables as dog handlers 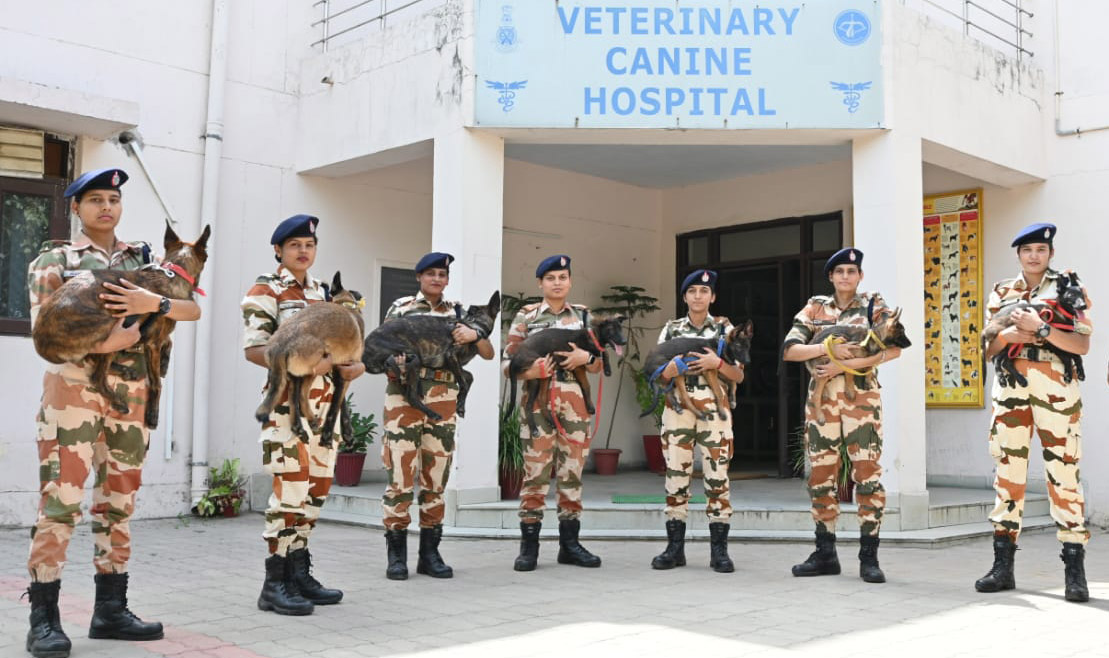 In 4a first for the para-military forces, the Indo-Tibetan Border Police Force (ITBP) has inducted women personnel for the training, handling and deployment of dogs for undertaking security related duties in counter-insurgency and anti-Naxal environment.

The first batch of eight women K-9 handlers have joined the ITBP’s National Training Centre for Dogs, which is co-located with the force’s Basic Training Center (BTC) at Bhanu, near Chandigarh.

The dogs being trained by them are of the Malinois breed that secure ITBP troops in anti-Naxal operations and also protect civilians during important public events by carrying out anti-sabotage checks.

“This will go a long way in breaking barriers, changing mind sets and proving that there is absolutely no job in the forces that women cannot do. This will open up additional avenues for women in the forces,” said Ishwar Singh Duhan, Inspector General, heading the BTC.

“A woman would be more successful in the K-9 field due to her motherly instincts and feeling of empathy, which would make her understand the nuances of dogs and train them better. The pups are more receptive to the feminine voice as a dog processes commands based on the sound frequency alone,” Duhan said.

The Malinois pups are around three months old and will now undergo what in service parlance is called ‘marying up’, where a pup will be imprinted with positive reinforcement methods to develop a close bond with handler.

For the first time this year, women were recruited by the ITBP as cooks, gardeners, tailors, water carriers, cleaners and cobbler.