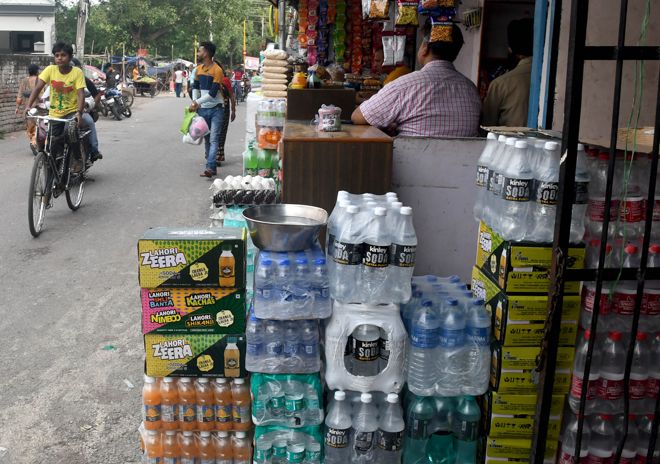 Items wrapped in plastic on display at a shop in Mohali. Vicky

The Mohali administration stuck to awareness on first day of the three-day campaign against the ban on single-use plastics items in Mohali. Led by Mohali SDM Harbans Singh, several teams, including PPCB, district police, MC officials visited several markets in the Mohali and urged the shopkeepers to not to use single use plastic items in day-to-day business dealings.

“Since it was a first day our focus was on raising awareness among the masses. In the coming days the administration will get strict and issue notices and challans. No challans were issued on the first day. It is a national campaign and people should understand that there is no escape from it. Some people may show resentment initially but ultimately everyone will have to follow the guidelines,” said a Punjab Pollution Control Board official tasked with the implementation of the ban in Mohali.

The ban on single-use plastic by the Centre government in order to reduce plastic wastage came into effect from July 1.