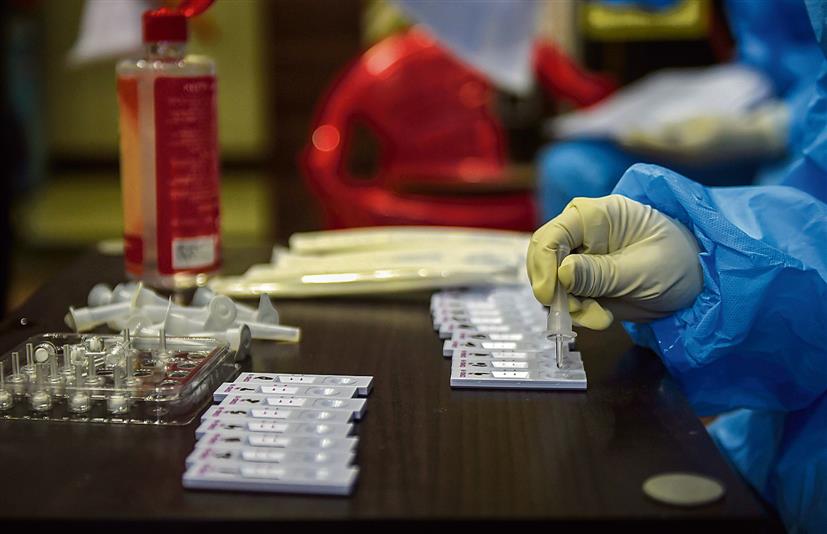 Mohali district has witnessed a 39.16 per cent increase in the Covid cases with the active cases crossing the 500-mark in the past one week.

The district witnessed a sudden surge in Covid cases as 64 cases were reported on Wednesday against 39 cases on Tuesday, showing an increase of 50 per cent. Today, 50 cases surfaced in the district.

Though the Punjab Government had directed the district commissioners in the state to take stringent measures, including the imposition of a night curfew, this may trouble people and businesses.

Deputy Commissioner Girish Dayalan said the number of cases had started increasing as people were now taking the pandemic lightly and were not wearing a mask or following social distancing guidelines. He said people should understand their responsibility and take precautions at all costs. He said the police and the heads of various departments had been directed to motivate people to wear a mask.

Dayalan said at present, there was no proposal for a night curfew or lockdown in Mohali. Action would be taken against those violating the guidelines.