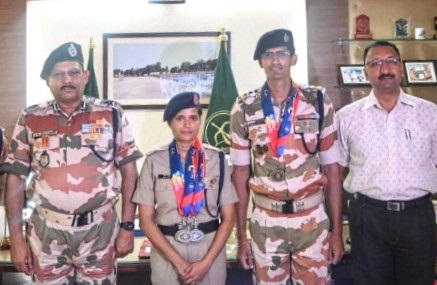 Two Indo-Tibetan Border Police (ITBP) medal winners at the World Police and Fire Games, held in The Netherlands from July 22 to 31, were honoured on their return to the Basic Training Centre (BTC) in Bhanu near here today.

Felicitating the duo, Ishwar Singh Duhan, Inspector General, BTC, said special emphasis was being laid on identifying and nurturing talent in various disciplines and the selected persons were imparted rigorous training. He added that the awards won by ITBP personnel in the international arena would be a source of inspiration and morale booster for others.