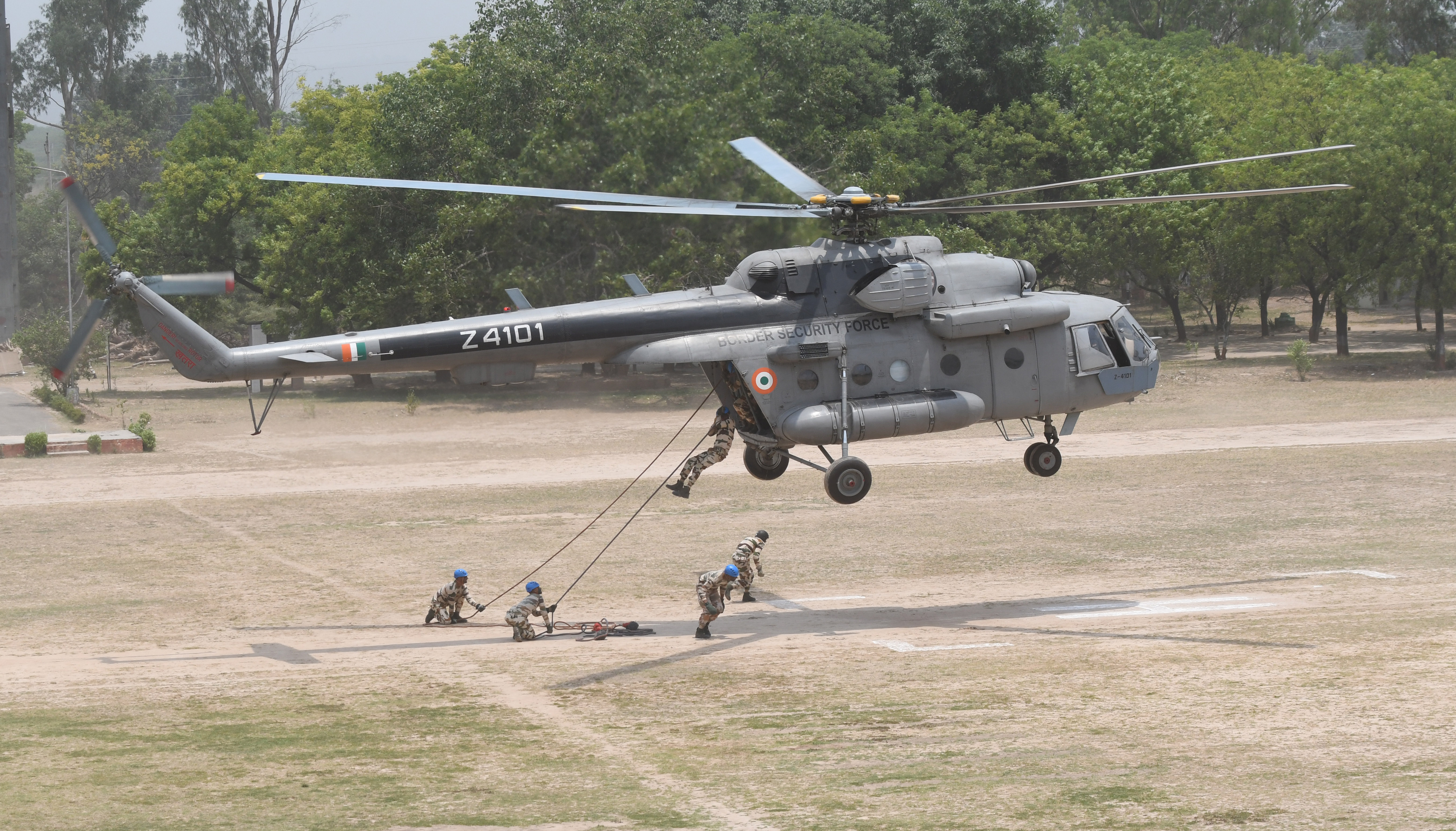 The Indo-Tibetan Border Police Force (ITBP) has introduced heli-borne slithering operations for its women personnel under commando training. The first such batch demonstrated their newly acquired skill at the force’s Basic Training Centre (BTC) in Bhanu near here today.

Slithering is a tactic used for rapid induction and deployment of troops during operations in remote areas or difficult terrain by means of sliding down a rope fixed to a helicopter hovering several metres above the ground.

“This is for the first time that women personnel have been trained in slithering operations as part of their pre-promotion course,” said Ishwar Singh Duhan, Inspector-General, BTC. “This will not only aid rapid insertion of women personnel in border areas as and when required, but also enable their deployment during disaster management tasks where women-related tasks need to be undertaken,” he added.

While women constables have been part of the ITBP, which guards the Himalayan frontier with China, for about a decade, women at the subordinate-level began entering the force four years ago. It was only last year that the ITBP inducted its first two direct entry women officers at the level of assistant commandant.

Recently, the ITBP also opened up other trades to women constables that were heretofore the domain of males. For the first time, women have also been recruited as dog handlers, cooks, gardeners, tailors, water carriers, cleaners and even a cobbler.