ITBP’s retired dogs to be used for therapy of autism-affected children in Chandigarh : The Tribune India 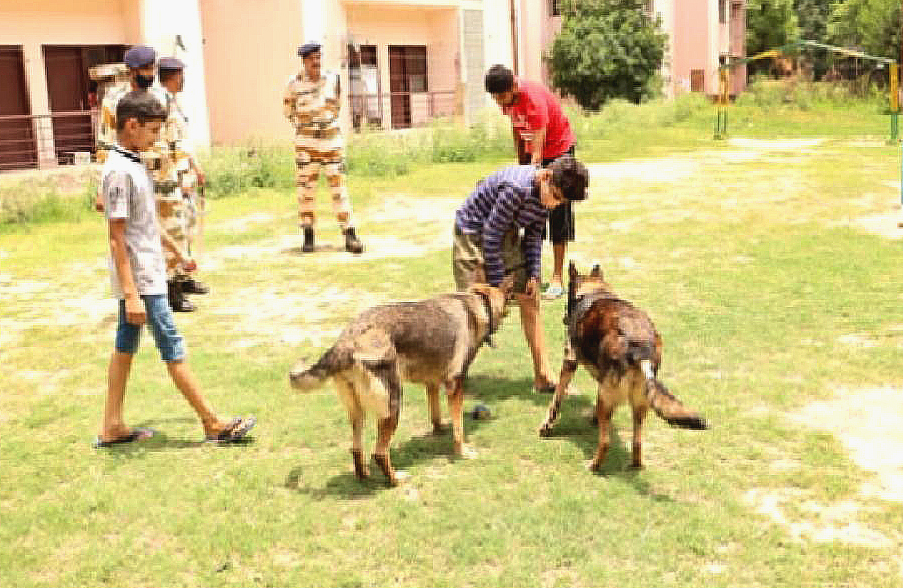 In a novel venture, the border guarding force will be sending its retired K-9s as therapy dogs and emotional support for special children in Chandigarh, who are affected with the autism spectrum disorder.

In a novel venture, the border guarding force will be sending its retired K-9s as therapy dogs and emotional support for special children in Chandigarh, who are affected with the autism spectrum disorder.

“We have spoken to officials at the Regional Institute of Special Children, for sending in ITBP K-9s as therapy dogs for children and we are moving forward in this direction,” Dr Sudhakar Natarajan, Deputy Inspector General heading the ITBP’s veterinary branch said. “We expect our team to visit the institute next week and once things are finalised, our K-9s will go to the institute two or three times a week,” he added.

“It has been scientifically validated that non-verbal and non-human interaction of special children with trained K-9s can improve their demeanor, hand-to-eye coordination and eye contact besides reducing hyperactivity in some cases. The presence of a canine companion has a soothing effect on children with special needs,” Dr Natarajan said.

Autism spectrum is a serious developmental disorder that impairs the ability to communicate and interact. It impacts the nervous system and affects the overall cognitive, emotional, social and physical health of the affected individual and requires a specialist approach to deal with it.

Like children, dogs too are playful and affectionate and the connect which can be established between dogs and children is remarkable. “This is because unlike human interaction, the company of dogs is completely non-judgmental and simple acts like grazing into a dog’s eyes or patting its head can bring lots of cognitive changes in the child,” Dr Natarajan said.

Last year, ITBP began using retired K-9s as therapy dogs for its personnel and other patients admitted to its hospitals. The dogs are settled at a specially established retirement home at the ITBP’s National Center for Training Dogs located at the Basic Training Center in Bhanu near Chandigarh.

“At present, we have 14 retired dogs at the center. Trained, well-mannered and affectionate dogs have a strong emotional and therapeutic impact on individuals,” an ITBP officer said. “Also, the growing use of K-9s as therapy dogs opens up another avenue for our veterinary cadre,” he added.

Though the concept of therapy dogs is old, it is a novel venture in India. The role of a therapy dog is vastly different and at most times at odds with the combat duties, a K-9 is trained for. From being ferocious and aggressive, they now need to be docile, affectionate and playful. There have also been instances worldwide of other animals such as trained horses being used for emotional therapy of patients or the elderly.