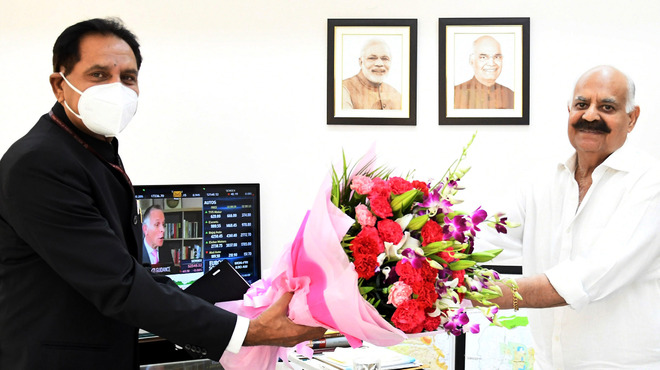 New UT Adviser Dharam Pal, who assumed charge today, does not want the city to be caught napping if a third wave of Covid-19 strikes.

He has directed the health authorities not only to speed up vaccination, but also to ensure that all government vaccination centres remain open over the weekend. This is aimed at ensuring the maximum vaccination coverage before the coronavirus comes knocking again.

Talking to Chandigarh Tribune, the newly appointed Adviser said he reviewed the Covid situation and the steps needed at a meeting with senior officers. 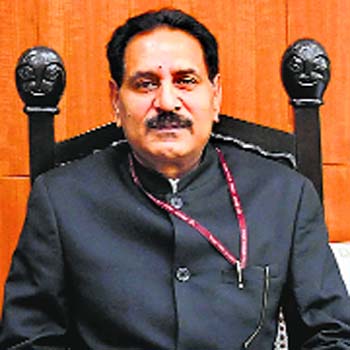 Let’s do what we can to fight pandemic

We are not sure about the new variants of the coronavirus and vaccination is the only thing in our control. We should possibly do what is in our hands.

“We need to accelerate the pace of vaccination so that we can cover the entire city population as quickly as possible and before the onset of a possible third wave,” said Dharam Pal. “We are not clear about the new variants of the virus and vaccination is the only thing in our hands. We should possibly do what is in our hands,” he added.

Meanwhile, the Administration has stated that all vaccination centres in government hospitals, dispensaries and mobile vaccination will remain open tomorrow (a gazetted holiday) and on Sunday. Earlier, on assuming the charge, new UT Adviser Dharam Pal called on UT Administrator VP Singh Badnore at the Punjab Raj Bhawan today.

Later, he held a meeting with senior officers of the UT Administration at the Secretariat. After nearly two and a half years with the Chandigarh Administration, former UT Adviser Manoj Parida was transferred to Delhi. A 1986-batch AGMUT (Arunachal Pradesh, Goa, Mizoram and Union Territories) joint cadre officer, Parida has been appointed as the Chairman, National Authority of Chemical Weapons Convention, in the rank and pay of Secretary to the Union government, under the Cabinet Secretariat.

Awaiting posting, Pal was posted as Additional Secretary, Ministry of Chemicals and Fertilisers, from July 22, 2017, to April 12, 2021, during deputation with the Central Government.

He did his Bachelor of Engineering (BE) in electronics and telecommunications from PEC during 1981-85 and MTech in computer controls and instrumentation from the IIT-Delhi during 1985-87. He also did a postgraduate diploma in disaster management from Indira Gandhi Open University from 2007-08.