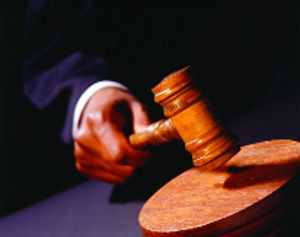 The Punjab and Haryana High Court today issued notice of motion to the Central Bureau of Investigation (CBI) and the State of Punjab, among others, on a petition seeking probe into alleged embezzlement and fraud “of crores of rupees” pertaining to the auction of 31 acre of liquidated JCT Electronics land in Mohali by the Punjab Small Industries and Export Corporation Limited.

In their petition against the State of Punjab and other respondents, Sandeep Kumar and another petitioner, represented through counsel KS Dadwal, contended that they were former directors of the Punjab Small Industries and Export Corporation Limited.

They petitioners sought handing over of the probe to the premier investigation agency “keeping in view the involvement of highly placed officials as well as political functionaries, who are holding the key posts and trying to hush up the matter by using their influence”.

The Bench was also told that the petitioners, who were whistler-blowers to the scam, were on the other hand being harassed and humiliated. Threats were being extended to them.

Taking up the petition, Justice Harnaresh Singh Gill issued notice of motion to the respondents, before fixing the case for further hearing on October 7.