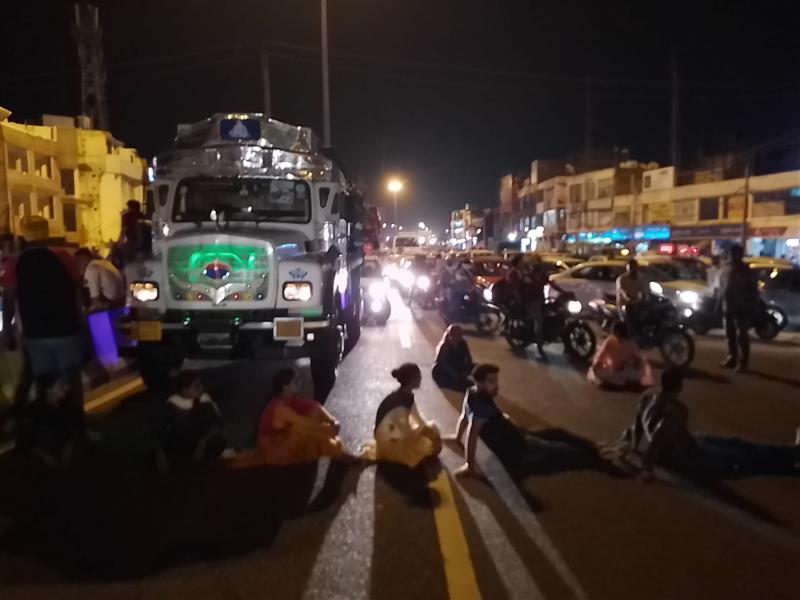 The police had to divert the traffic to other roads so that the commuters do not face any inconvenience in reaching their destinations.

Earlier teachers had planned to gherao Chief Minister Charanjit Singh Channi’s residence in Kharar in protest against the authorities for continuously changing the dates of the exams.

The protesters said after the continuous struggle for more than four-and-a-half-years, out of the 6,635 ETT posts 2,364 were declared but the government had made amendments to give chance to the outsiders. They said the recruitment is still pending due to policy of equal chance to the outsiders for recruitment of ETT teachers and the state government instead of recruiting the 6,635 ETT teachers had postponed the exams thrice. They demanded that the only ETT teachers should be recruited on 2,364 ETT teachers’ posts.

Deepak Kamboj said due to the dilly dallying attitude of the state government the unemployed ETT teachers were either forced to climb the overhead water tanks, jumping into the canals or had to resort to fast unto death.

Kamboj said their main demands included that in the recruitment of 2,364 ETT teachers, only ETT selected candidates should be recruited; holding examination for recruiting 6,635 teachers as soon as possible, to give exemption in age limit to candidates who have crossed the age limit for enabling them to appear in exams and adding ETT posts of SC backlog to be added in 6,635 posts of ETT teachers.