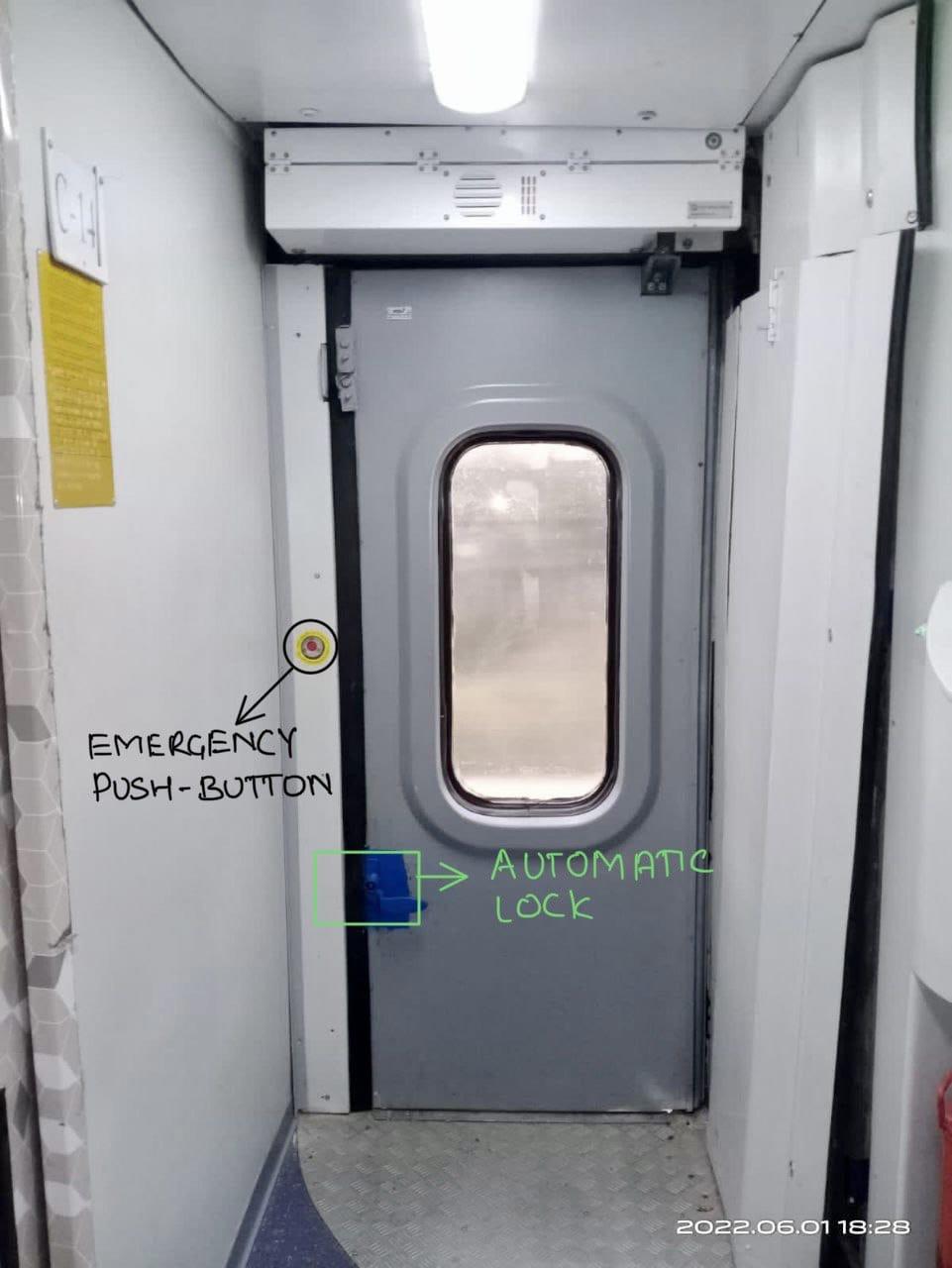 With the installation of retrofitted automatic door system, the New Delhi-Kalka Shatabdi Express (12005/06) has become the first train in the Ambala Division to get the facility.

In a step towards upgrading the rakes of Shatabdi Express, the automatic door system has been installed in LHB coaches — in use since 2000 — of the train, allowing automatic opening of doors on the platform side as the train halts and closure as it leaves.

Railway officials say co-passengers often resort to pulling of the alarm chain if a fellow passenger fails to board the train before departure. To prevent any attempt by a passenger to board a moving train, the emergency push buttons provided inside and outside of the main door will be isolated, preventing the door from being opened if the speed goes over 5 km per hour.

In case of emergency, the train has to be first stopped by pulling the alarm chain, followed by pressing the emergency push button to open the door.

To raise awareness, announcements will be made at the Ambala Cantonment, Chandigarh and Kalka railway stations of the Ambala Division as well as on board the train.

Hari Mohan, Senior Divisional Commercial Manager, Ambala Division, says: “It is a big achievement for the division. Three Shatabdi trains (12005/06, 12011/12, and 12045/46) are being operated by the division. While the system has been introduced in the New-Delhi-Kalka Shatabdi (12005/06), the same will be introduced in the remaining two trains as well in the coming days.

“The system is being used in the Vande Bharat trains. There were complaints of unauthorised people boarding the train and snatching away passengers’ belongings. The new system will help curb this.”

“It will also ensure safety of passengers. Directions have been issued for regular announcements. Staff on board have been trained and the Railway Protection Force asked to stay alert to avoid any untoward incident. The system will gradually be introduced in long-distance trains as well,” he added.