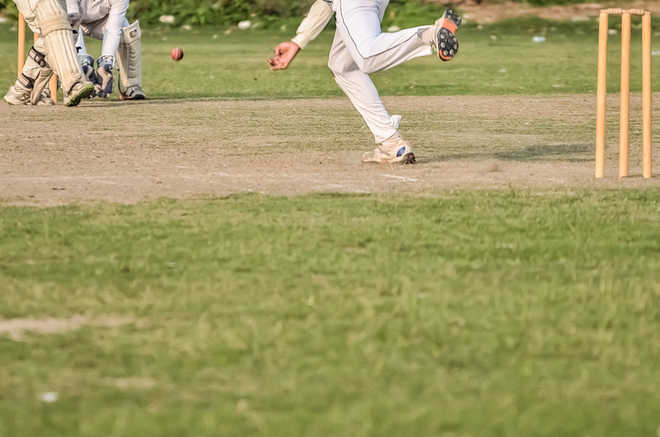 Kapurthala defeated Patiala by eight wickets to win the final of the Punjab Inter-District Tournament for the Dhruv Pandove Trophy at IS Bindra PCA Stadium today.

Chasing Patiala’s 119-run target, the Kapurthala lads posted 123/2 in 39.2 overs. Their second innings was bolstered by a fine century by Kamal. He scored an unbeaten 101 off 120 balls, studded with 20 boundaries and one six. Kunwardeep SIngh Nagra (12) was the other notable scorer for the side.

Damanpreet claimed both wickets for the bowling side.

The final day of the match was interrupted by the rain and started late at 11:10 am. Earlier, Kapurthala lads had posted 280 runs in reply to Patiala’s first innings total of 232 runs. In the second innings, Patiala batsmen failed to pick the momentum and scored 167 runs before getting all out in 67.4 overs.

and the Dhruv Pandove Trophy, while Patiala were awarded Rs 75,000.