Water enters houses at 3 am, again in the afternoon 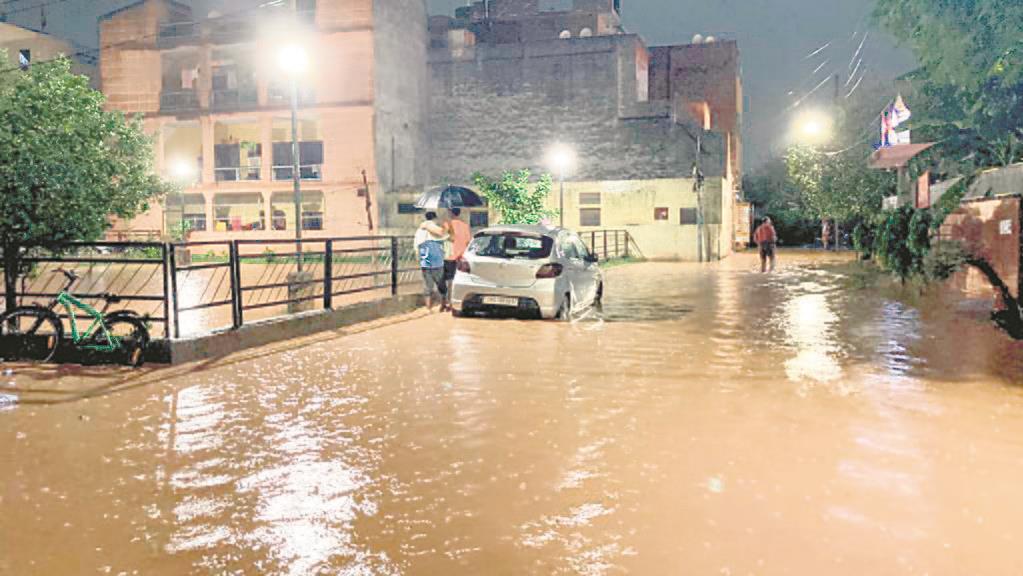 A waterlogged Khuda Lahora Colony due to rain on Wednesday.

Rajender Kumar, a resident of the area, said water entered several houses. They kept draining out the water at night.

He said it was a flood-like situation around 3 am. The authorities reached with help around 4.30 am. It took hours to remove the water from houses and the locality.

The city recorded 13.2 mm of rainfall on Wednesday. According to the Met Department, the rain is expected to continue for the next three days. The rain had a cooling effect on the city. The maximum temperature fell by over four notches from 31.2°C on Tuesday to 26.8°C on Wednesday.

Just when residents thought that the trouble was over, a flood-like situation emerged once again around 11.30 am, causing huge inconvenience to them. It again took residents and officials hours to clear the area.

Residents said water from Patiala ki Rao “bounced back” through the storm pipeline.

Angry residents gheraoed the JE and SDO of the MC and raised slogans of “MC murdabad”. It was after the XEN reached the spot that the situation eased. City BJP president Arun Sood also visited the area.

Rajender, who has been raising the waterlogging issue with the authorities for a long time, said the MC failed to upgrade the sewerage and storm water system.

The authorities had to dismantle a causeway leading to Botanical Garden, which was hampering the movement of rainwater, but it could not complete the work till yesterday. The causeway was finally demolished today, which helped release the water from the village.

Several areas in the city also saw waterlogging. Parking lots and roads remained waterlogged at some places. The Industrial Area, southern sectors, colonies and villages remained the most hit.