Landowners see red in levy of location charges by GMADA 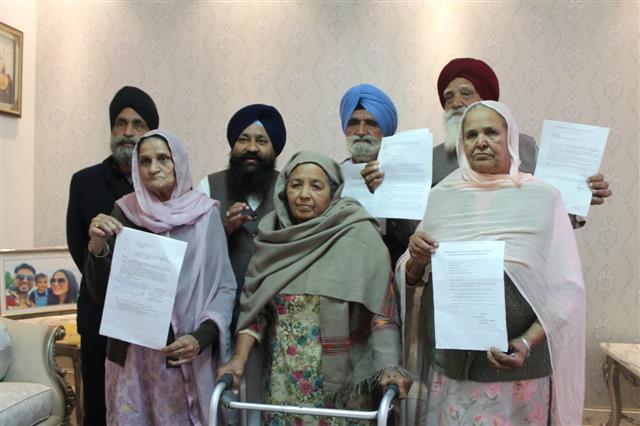 Landowners in Sector 88 and 89 here today showed resentment against preferential location charges and 18 per cent interest as penalty levied by the Greater Mohali Area Development Authority (GMADA) for transferring their land to blood relations.

The biggest problem was that if landowners wanted to transfer benefits under the scheme to their blood relations, including son, daughter or any other member, the same fee was demanded by GMADA from them, they added.

They had reported the matter to Chief Minister Capt Amarinder Singh in 2017, but no attention was paid to it and alleged looting of landlords by GMADA was continuing, said Sardara Singh.

It was surprising that GMADA’s project Ecocity itself did not levy any charges or fee on landlords, he added. Both Ecocity and Sector 88 and 89 projects fell under the same policy, award and agenda, he said.

Speaking on the occasion the Mohali District Youth Akali Dal president, Parvinder Singh Sohana, said while farmers were being harassed by the BJP government at the Centre over agriculture Bills, in Punjab GMADA was allegedly looting landowners during the regime of Capt Amarinder Singh led Congress government. He warned that if GMADA did not stop levying charges on landowners of Sector 88 and 89 they would be forced to launch an agitation against the agency.