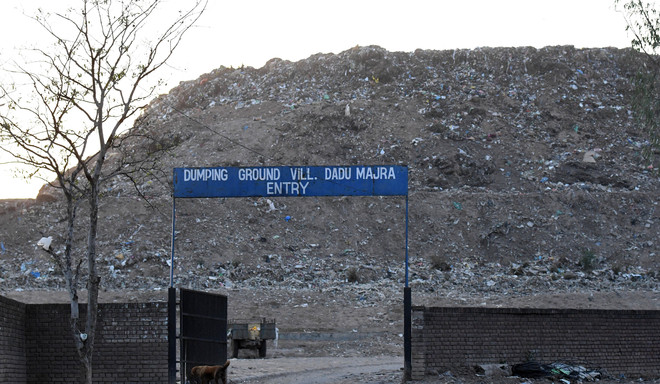 Biomining of legacy waste at the Dadu Majra landfill is set to start from Wednesday as UT Administrator Banwarilal Purohit will formally inaugurate the process at an event at Dadumajra sports stadium.

The MC had recently issued the letter of intent (LoI) to the agency for biomining of legacy waste at the landfill.

The Rs 77-crore bioremediation project to clear 7.67 lakh metric tonne remaining waste at the dumping ground has to be cleared under the project.

The Union Ministry of Housing and Urban Affairs is partially funding the project. The firm will have 1,048 days to clear the second and remaining part of the waste at dumping site.At present, clearance of waste in the first part of the dumping ground is underway. The 5 lakh metric tonne garbage lying on 25 acres for over 20 years (before 2005) is being biomined.

7.67 LMT garbage to be removed