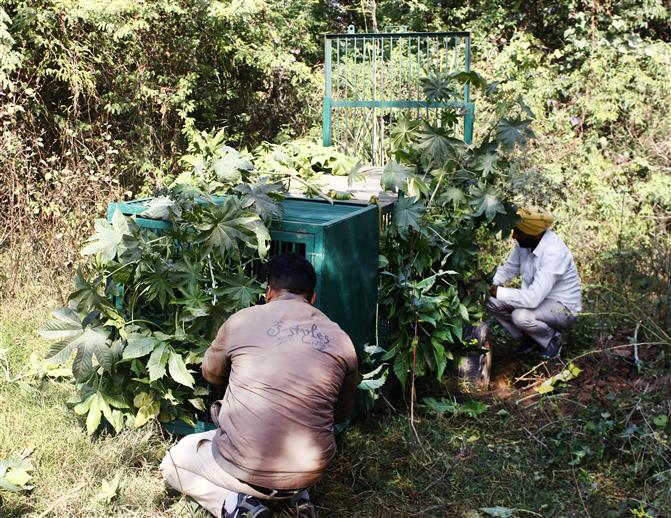 A cage being set up in the forest area of Dayalpura village to catch the feline, at Zirakpur on Sunday. TRIBUNE PHOTO: NITIN MITTAL

Panic spread at Dayalpura village here after a man and his son reportedly sighted a leopard last evening.

Villagers alerted the Forest Department, which swung into action and installed a cage at the village. Most of the residents stayed indoor during the day today.

Last evening, Babu Ram, a resident, had gone to the forest area outside the village along with his son Gurdarshan to collect firewood. They reportedly saw a leopard and fled to save their lives.

Unconfirmed reports of leopard sightings have become common on the outskirts of Zirakpur and Dera Bassi areas, prompting the department to set up a cage. However, no leopard or its pugmarks have been sighted so far.