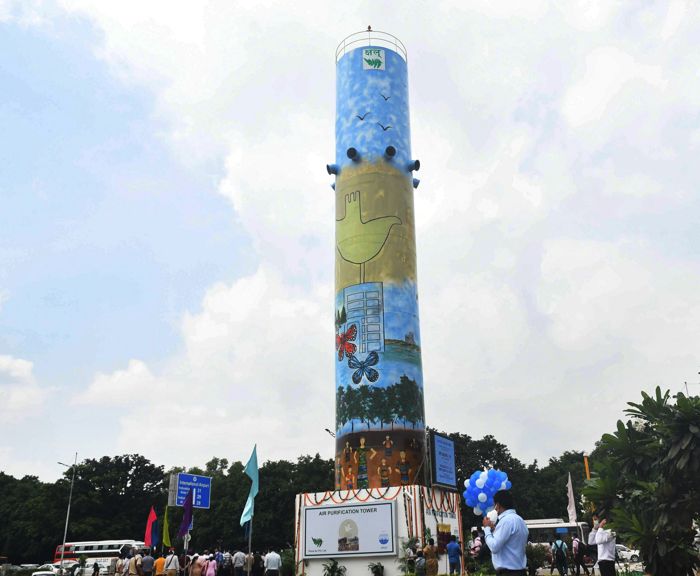 The UT Administration has taken an initiative to install an air purification tower at the busy Transport Chowk in Sector 26. However, experts believe that only time will tell how effective it will be in controlling air pollution in the area.

Pollution comes from vehicles and construction of buildings in the form of particulate matter like methane, carbon dioxide and dust particulate, which can create a lot of health problems for people like respiratory illness.

Dr Ravindra Khairwal, Additional Professor, Department of Community Medicine and School of Public Health, PGI, said, “We need to control air pollution at source or along the pathway as installation of air purifiers will be a costly affair.”

Some experts though opine that the authorities should regularly monitor the quality of air in the surrounding area. If the tower was found to be effective in reducing the air pollution substantially, the experiment should be replicated in other polluted areas such as industrial areas, bus stand, near hospitals and traffic signals.

A professor at Punjab Agricultural University, Ludhiana, said the tower was commissioned just a day ago and it was too early to say anything on its success. “We have to wait and watch before coming to any conclusion,” he said, adding that if the tower succeeded in reducing the air pollution as mentioned within a radius of 500 metre, such units could be set up at a distance of 6 km to reduce air pollution level in the city.

An official of the Chandigarh Pollution Control Committee said with installation of the tower, the air quality around Transport Chowk would improve considerably.