Lift fixed, but specially abled activist yet to receive apology

He underwent a humiliating ordeal at office of Department of Social Security and Women and Child Development, Chandigarh 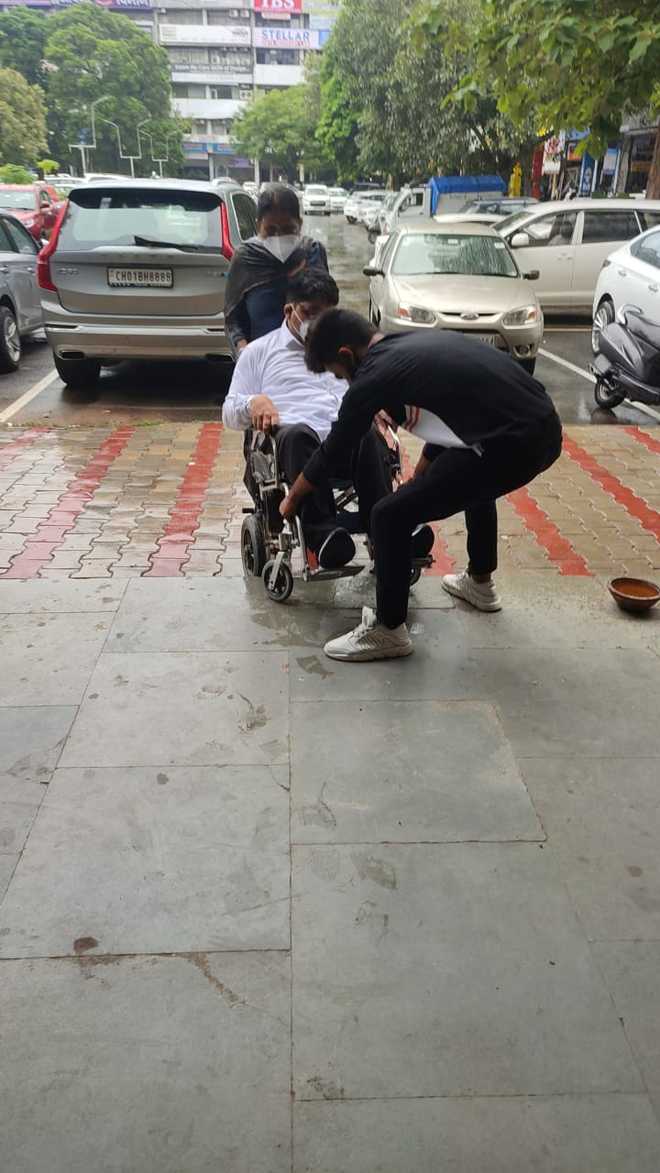 Interviewed in corridor: Vivek Joshi being lifted to the ground floor passage by his 67-year-old mother and a student. File

Two days after specially abled activist and national awardee Vivek Joshi (40) underwent a humiliating ordeal at the office of the Department of Social Security and Women and Child Development (DSSWCD), Chandigarh, the latter maintains a studied silence. It is yet to respond to his email or apologise for the harrowing ordeal he went through.

Vivek says the disabled constantly have to fight with society to be treated with respect. Disappointed with what he calls a ‘standard’ response from the authorities, Vivek says, “I’m used to it now since it happens every few months. Governments don’t care.” Vivek adds the behaviour meted out to him on July 27 was a violation of the Rights of Persons with Disabilities Act.

Vivek has been honoured with national and state awards in 2016 and 2011, District Honour, Jalandhar, in 2016, excellence award by ADAPT, Mumbai, in 2015, among many others.

On Monday, he had to wait for over an hour in an unkempt passage of the Department of Social Security and Women and Child Development building at Sector 34 in Chandigarh and had to relieve himself in his car due to a non-functional lift and no bathroom.

Vipul Ujjwal, Director, Department of Social Security and Women and Child Development, said, “The lift started functioning the very next day of the incident. Intimation regarding the activist’s email wasn’t received by me. We will be responding to him tomorrow.”