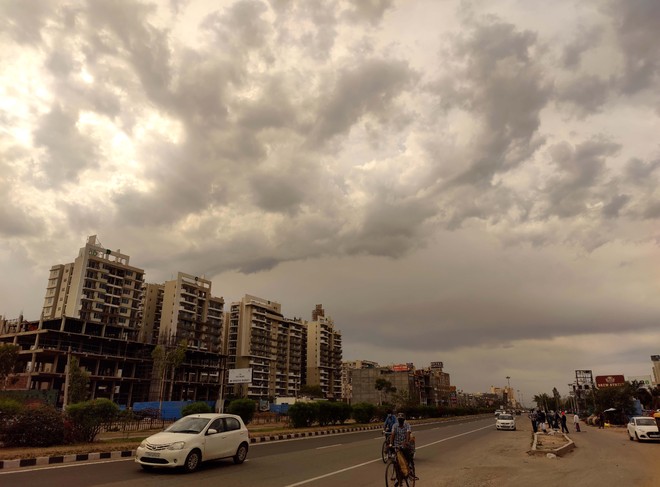 Chandigarh: The Met Department has forecast light rain in the tricity for the next three days. Thunderstorm, lightning and gusty winds of 30-40 kmph are likely at isolated places in the tricity. Showers were witnessed in the city on Tuesday too. The department recorded 0.2 mm of rainfall. The maximum temperature was 33.8°C, five degrees below normal, while the minimum temp was 24.6°C, two degrees above normal. TNS

Chandigarh: Laying emphasis on the spirit of ‘service before self’, Tribune Model School, Sector 29, organised an investiture online. Chand Nehru, Chairperson of Tribune Model School, boosted the morale of the student council with her speech. School Principal Vandana Saxena motivated them to be role models for others. TNS

Mohali: Under its corporate social responsibility, the Swaraj Division of Mahindra & Mahindra Ltd has donated 30 beds and 15 oxygen concentrators to Punjab through Health Minister Balbir Singh Sidhu. Appreciating the efforts of the company, Balbir Singh Sidhu said thatSwaraj Tractors had stood by the government in the time of crisis and was working in close coordination with the state. TNS

Chandigarh: A 29-year-old man has been arrested by the UT police while possessing opium. The suspect, identified as Guddu, a resident of Kishangarh village, was arrested from Shastri Nagar, Mani Majra, while possessing 140 grams of opium. A case under the NDPS Act has been registered at the IT Park police station. TNS

Mohali: The police arrested a man smuggling 100 grams of heroin from Bhuru Chowk, Kharar, on Sunday. The suspect has been identified as Manjit Singh, a resident of Lohgarh, Zirakpur. Manjit, who used to wash vehicles, bought heroin from Delhi and sold it in Kharar and Kurali areas. A case has been registered against him under the NDPS Act at the Kharar City police station. He has been remanded in two-day police custody. TNS

Chandigarh: Five assistant district attorneys of the District Courts, Sector 43, here, have proceeded on quarantine leave after they or their family members got infected with the virus. Two other employees of the district attorney office, UT, also reportedly tested positive. TNS