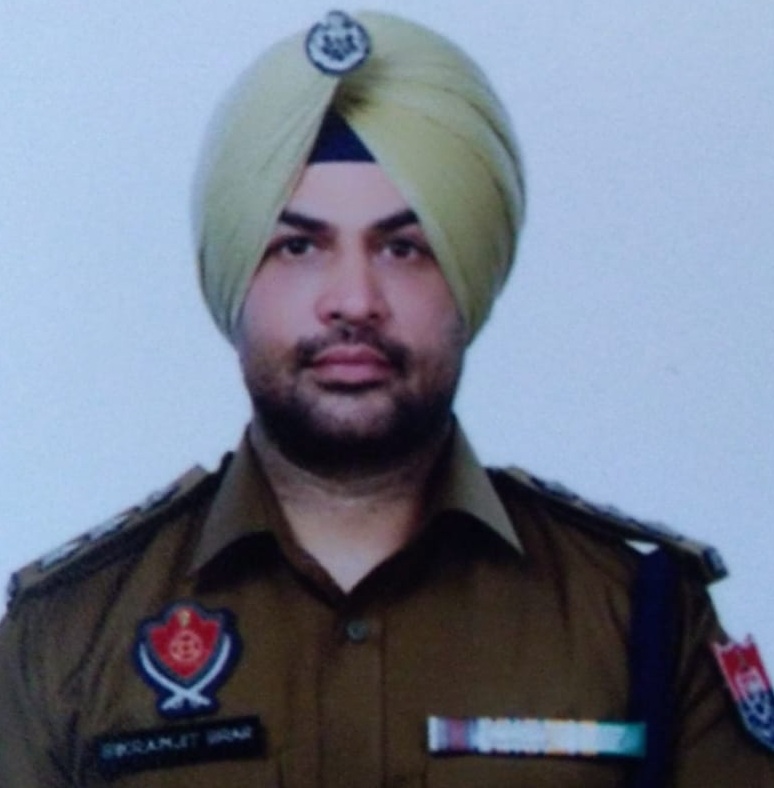 The lone decorated cop from Punjab, whose father was assassinated during militancy, Bikramjit Singh Brar has been awarded the prestigious ‘Union Home Minister’s Medal for Excellence in Investigation’ for 2020.

He is among the 121 police personnel across the country chosen for the award. The Ministry of Home Affairs shortlisted Brar’s name from a panel of many officers sent by Punjab.

The award comes following Brar’s role in investigations leading to the arrest of gangster Sukhpreet Budha, busting of illegal nexus of gun house owners and gangsters in which more than 150 weapons were recovered. Further investigation led to the arrest of Harman Bhullar and six other accused from Rajasthan, who were involved in sensational crimes in Punjab, and recovery of sophisticated automatic arms from terrorist Billa.

He had joined the force as ASI but was promoted for his role in solving many heinous crimes, including terrorism-related cases.

An alumnus of Yadavindra Public School, Patiala, Brar has been in the limelight ever since he joined the police force following his tirade against gangsters and his ability to solve many heinous crimes, including a kidnapping bid wherein he led the team to recover the child within 24 hours.

The recent award includes 15 officials from the Central Bureau of Investigation, 10 each from Madhya Pradesh and Maharashtra Police, eight from Uttar Pradesh Police, seven each from Kerala and West Bengal Police, and the remaining from other states and Union Territories. Punjab has just one name in the list.

Bikramjit Brar is posted Mohali DSP, and has been instrumental in the past in arresting or eliminating several dreaded criminals, including drug lord Jagdish Bhola facing cases related to Rs 6,000 crore synthetic drugs trade.

A daredevil police officer, Brar can be called the real hero of the Vicky Gounder operation as he was the first to enter the gangster hideout. Gounder was shot dead by a Punjab Police team two years back after three-month chase following the Nabha jailbreak.

Due to operational skills and integrity, Brar is counted among the blue-eyed ‘boys’ of senior Punjab Police officials. Brar’s father Baldev Singh Brar was posted as SP (Detective), Patiala, when he was shot dead during a morning walk in 1988.

A national-level boxer, Brar is credited with arresting most of the gangsters who planned the sensational Nabha jailbreak.

“I am honoured to get this award and I do not have words to thank my seniors and colleagues in my team who have always been my strength,” says Brar who is also one of the highly protected cops owing threat perception. “The price you pay for doing your job is sometimes high, but then being a cop is no easy task. Country and state come first,” he adds.