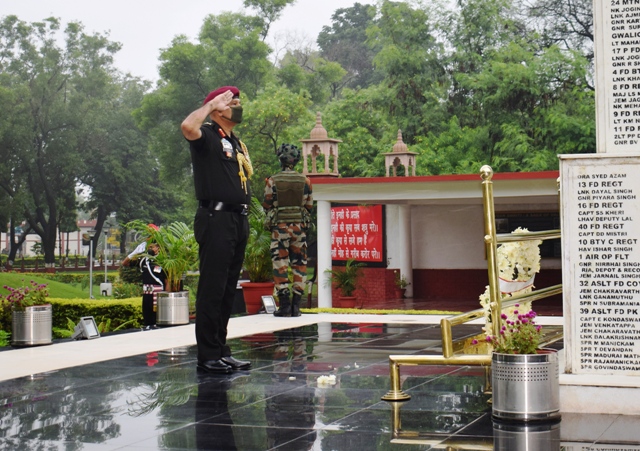 Lieutenant General Yogendra Dimri has been appointed as the Chief of Staff, Western Command.

On taking over charge, he laid a wreath at the Veer Smriti war memorial in Chandimandir on Thursday to pay homage to martyrs.

He will be responsible for handling all administrative matters of the Western Command.

Commissioned into the Corps of Engineers (Bombay Sappers) in December 1983, he is a recipient of the President’s Gold Medal for having passed out first in order of merit from the Indian Military Academy, Dehradun.

During his career spanning over 36 years, Lt Gen Dimri has tenanted important command, staff and instructional appointments in varied sensitive and operational sectors and difficult terrain.

He has commanded an Infantry Brigade on the Line of Control, a Counter Insurgency Force in Jammu and Kashmir and the prestigious Sudarshan Chakra Strike Corps prior to assumption of his present appointment.