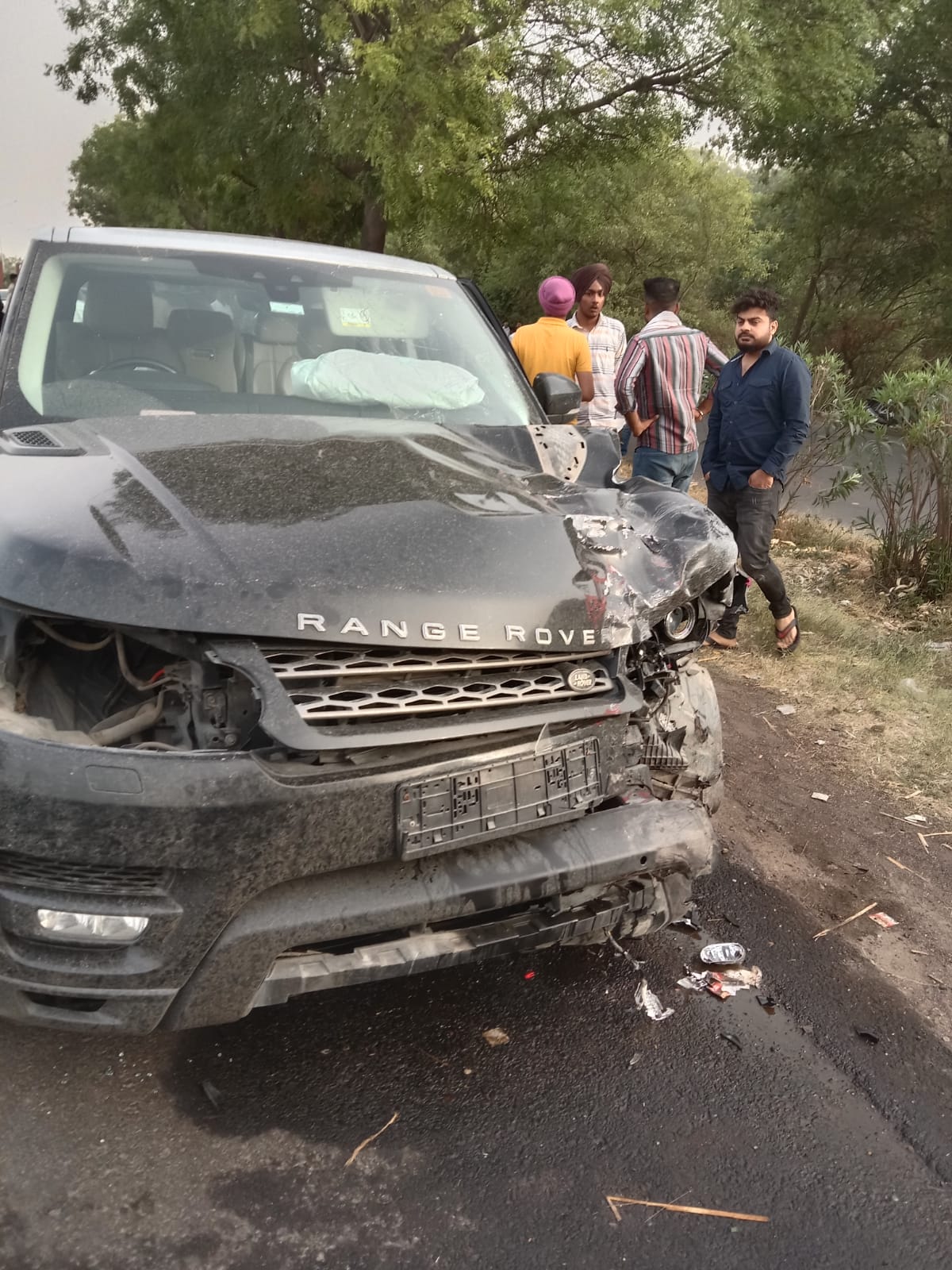 The ill-fated Range Rover SUV that was involved in the accident in Ambala on Saturday.

A man was killed while his wife and a daughter suffered injuries after the car they were travelling in was hit by a Range Rover SUV on the National Highway here this evening.

There were two girls in the Range Rover. The girls allegedly misbehaved with the policemen. The policemen had a tough time in handling the girls.

As per information, Mohit was travelling with his wife and two daughters. They were on their way to Himachal Pradesh.

When they reached near the Grain Marketm Mohra, they made a halt to have some juice. Meanwhile, the Range Rover hit their vehicle from the rear side.

The victims and the suspects were taken to the Civil Hospital, Ambala Cantonment.

The injured woman said: “We stopped there to have juice. All of a sudden, our car got hit. My younger daughter fell out of the car. My husband suffered head injuries, while elder daughter also got injured. We were coming from Delhi side.”

One of the girls created a scene there. She hurled abuses at us and earlier refused to get her medical done.

SHO Ambala Cantonment Naresh Kumar said her medical was being done and the matter was under investigation.