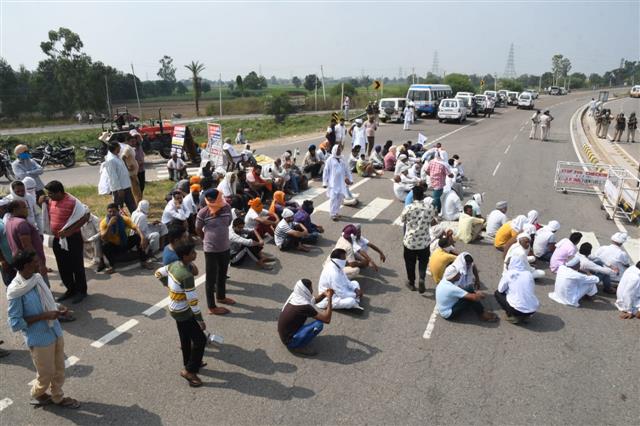 Massive traffic jams were on Sunday witnessed on national highways at Kharar, Zirkapur, Dera Bassi and Lalru as a large number of farmers protested against the three farmers Bills.

The protesters are part of tractor rallies planned to be taken out to Delhi to demonstrate against the farm Bills. From morning till the filing of the report, huge jams were witnessed en route the rally.

Commuters had a harrowing time as they remained stuck on the road for hours. Protesters were seen in tractors and cars heading towards the Punjab border.

They raised slogans against Prime Minister Narendra Modi and the ruling BJP calling the Bills “anti-farmer”.