‘Master Plan of Chandigarh should not be tweaked’ 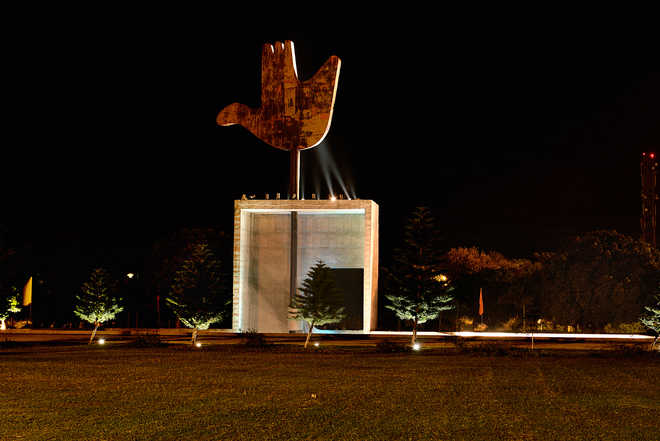 Stress should be laid on preserving the planned nature and heritage of Le Corbusier’s city, which is renowned globally for its architecture and town planning.

Concerned about the protection of clean and green environment and the planned heritage of the City Beautiful for the future generations, eminent citizens of the city have urged UT Administrator Banwarilal Purohit that the Master Plan of Chandigarh-2031 should be treated sacrosanct and deviation from the same should not be allowed.

In a letter to the Administrator, a former Chief Justice of Allahabad High Court, Justice SS Sodhi; a senior advocate, Manmohan Lal Sarin; and an art historian, Dr BN Goswamy, stated that the rules and building bylaws, which have been applicable in Chandigarh for over 60 years should not be altered or amended on the basis of “need-based” changes. The original rules and bylaws have been well thought out and should not be tampered with.

“The city was planned for a population of 5 lakh. We already have close to a million inhabitants. No further densification or apartmentalisation should be permitted as there is great pressure on the infrastructure of the city. Any increase in population will lead to the collapse of the city,” they submitted.

The vehicular traffic in the city must be carefully monitored and properly regulated, they said and added that it has already become a nightmare for pedestrians to cross a street in most parts of the city, especially between Sector 4 and 9, and Sector 5 and 8.

They said: “Stress should be laid on preserving the planned nature and heritage of Le Corbusier’s city, which is renowned globally for its architecture and town planning.” Sukhna Lake and the Sukhna Wildlife Sanctuary need to be preserved and for doing so, eco-sensitive zones should be declared around both at the earliest, they added. — TNS