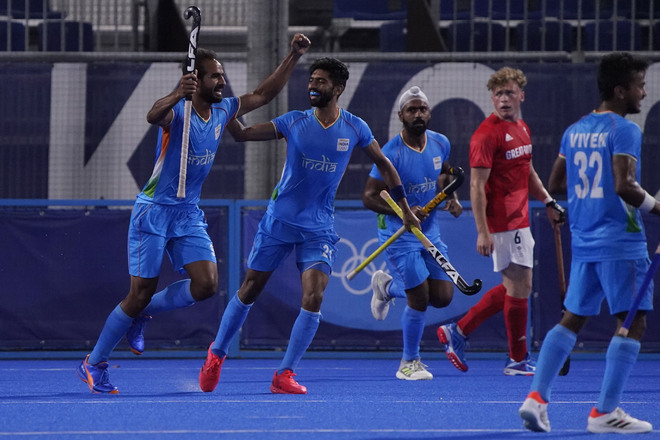 The bronze medal finish of the India men’s hockey team at the Tokyo Olympics has perhaps brought obvious tension for officials of the UT Administration along with immense happiness.

The Director Sports announced that two former trainees of the Chandigarh Hockey Academy (CHA) - Rupinder Pal Singh and Gurjant Singh - will be suitably awarded as per the Chandigarh Sports Policy.

However, in reality, several international players of the city are already waiting to get suitably rewarded for several years. As per the policy, it was announced that city players will be rewarded with cash awards. In this particular case, both Rupinder Pal Singh and Gurjant Singh represented Punjab and played for Chandigarh only during their stay at the CHA.

Step far away from reality

In 2015-16, it was announced that city players, who participate in the Olympic Games, Hockey World Cup, Asian Games, Commonwealth Games, Youth Olympic Games, Youth Asian Games, Youth Commonwealth Games and Afro-Asian Games, would be awarded on a par with the amount being announced by Punjab and Haryana on the day of achieving any position or participation. The Haryana Government announced to give Rs2.5 crore to each player from the state, while the Punjab Government announced Rs1 crore each for its players in the Indian team. If one goes by the Chandigarh Sports Policy, the Administration now has to give at least Rs2.5 crore to each player — perhaps a step far away from reality.

Local players, who represented Chandigarh in various international championships, are still waiting cash awards. “It’s been over seven years now, but there’s no response from the UT Administration. It’s a welcome step that the authorities decided to honour the players, who are born outside Chandigarh and played in their academies, but the players born here and represented the city in international championship should also get their dues,” said Atul Kumar, international handball player, who played in Asian Games (2014 & 2018) and SAAF Games (2016).

The Administration claimed that several players from these academies (hockey, football and cricket) and other players from Chandigarh, including Arjuna Awardee international footballers Sandesh Jhingan and Gurpeet Singh Sandhu, Anirudh Thapa and many more, have played several international championships in various disciplines.

Process delayed, not over

Meanwhile, Tejdeep Singh Saini, Director Sports, said the process was delayed, but would be streamlined. “We are not denying awards to players. Everyone will get it. There’s a delay as policy matters take time to get finalised. The process of giving awards to international players is under process and exists as per the sports policy. It will be implemented soon after consideration with the higher authorities. Both players had played for Chandigarh and are eligible to get awards from Chandigarh. This is a big achievement. After Friday’s match (women’s bronze medal), we will pursue the matter with the higher authorities. Our three former trainees are playing in the Indian women’s hockey team also,” said Saini.