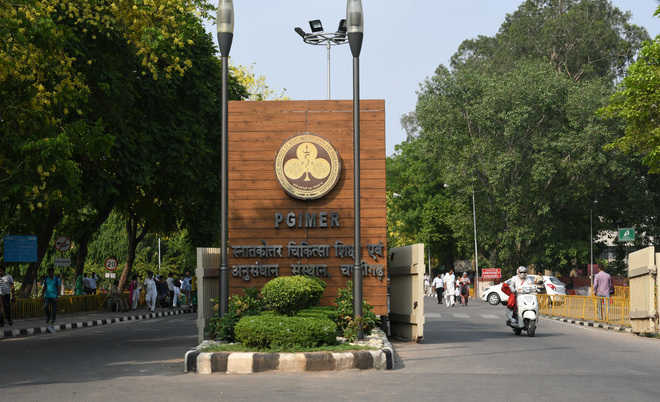 Despite the fact that dexamethasone has been approved by the Ministry of Home and Family Welfare (MoHFW) as an alternative to methylprednisolone and is a cheaper drug, the PGI continues to bank on the latter one “due to its proven efficacy in treating severely-ill Covid-19 patients at the ICU wards of the institute”.

Dexamethasone is given to patients who are not admitted to ICUs and do not have severe hypoxia (low oxygen in tissues). — Prof GD Puri, Head, Department of Anaesthesia and Intensive Care, PGI

Both methylprednisolone and dexamethasone have been in use to treat patients who develop inflammation in lungs due to the body’s reaction to the immune system. Both these drugs are steroids (corticosteroids) with anti-inflammatory and immune-suppressants.

Recently, according to revised protocol of MoHFW dexamethasone can be used as an alternative to methylprednisolone.

However, the PGI has already been using methylprednisolone since April when the institute formulated a protocol for clinical management of Covid-19.

Prof GD Puri, head of the Department of Anaesthesia and Intensive Care at the PGI, said: “We have been using methylprednisolone from the beginning because it has an established role in calming the inflammatory response in the body. Dexamethasone is, undoubtedly, a cheaper drug, but methylprednisolone works better on severely-ill Ccovid-19 patients in ICUs and is more efficacious.”

Prof Puri added: “However, as blood sugar levels can get disturbed with unmonitored use of methylprednisolone, that’s why, dexamethasone is widely being prescribed as general medicine. However, as we have been monitoring patients every hour after giving the steroid (methylprednisolone), our doctors are in control of the situation.”

He said: “Dexamethasone is given to patients who are not admitted to ICUs and do not have severe hypoxia (low oxygen in tissues). Earlier, the use of steroids was not encouraged as it was believed that they can exaggerate viral pneumonia. Being anti-inflammatory as well as immunosuppressant, steroids may lead to increased secondary infection. In Covid-19, the inflammation or excessive inflammatory response (cytokines storm) is the cause of all problems. Use of steroids early in treatment may prevent problems and complications. However, steroids should not be used before oxygen saturation drops.”