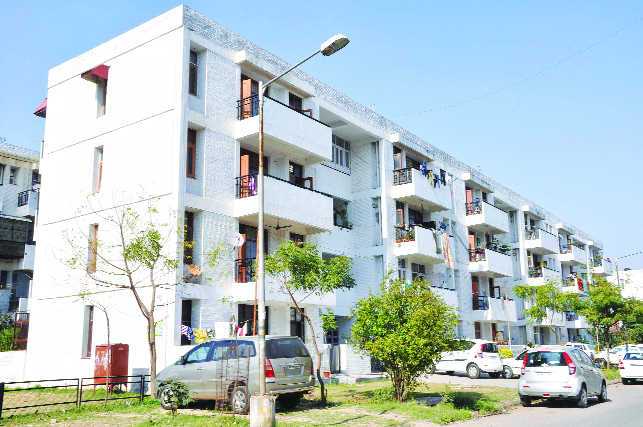 Pending for a long time, the Ministry of Home Affairs (MHA) will take up the issue of revision of penalty charges being imposed for misuse of building bylaws in the UT. A senior official the MHA would take up the issue through videoconferencing with senior UT officials on Friday.

Recently, the Secretary, Estate, UT, had written to the MHA to give powers to the UT Administrator to decide on the quantum of penalty for misuse of building bylaws.

In a proposal submitted to the MHA nearly two years ago, the UT Administration had recommended to fix the penalty at 0.75 per cent of the minimum collector rate per square yard per month for misuse and violation. The proposal pertains to an amendment to the Capital of Punjab (Development and Regulation) Act, 1952, to reduce the penalty being charged by the Estate Office for misuse and violation of building bylaws.

At present, the Administration is charging a penalty ranging from Rs225 per sq ft to Rs355 per sq ft per month for various types of properties.

After getting an approval from the MHA, the penalty would be reduced to one-sixth of the current amount. The UT had proposed to charge a penalty of 0.75 per cent of the collector rate per square yard per month in case of misuse/violation of building bylaws in the non-permitted category and 0.50 per cent of the collector rate in case of misuse/violation beyond the permitted coverage.

The Estate Office had increased the penalty for misuse and violation in 2007 from Rs20 to Rs500 per sq ft per month for the area being misused by the occupier under the Estate Office Rules, 2007.