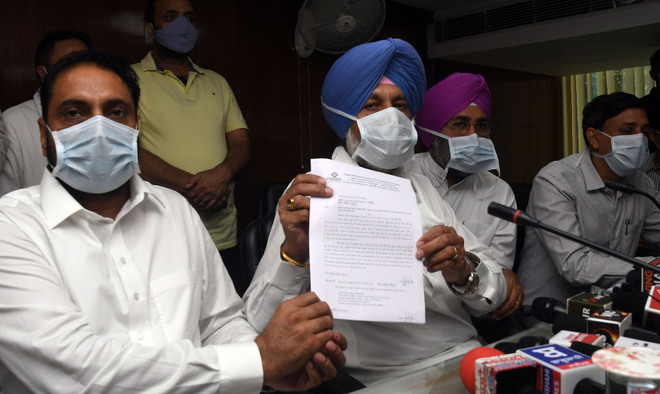 A sum of Rs65 crore has been provided to the local Municipal Corporation for development works in the past two months. This was stated by Health and Family Welfare Minister Balbir Singh Sidhu while handing over a grant of Rs10 crore to the MC under the Punjab Urban Environment Improvement Programme, Phase III.

Balbir Singh Sidhu said the MC had initiated development works worth Rs16.38 crore, of which Rs10 crore was being spent on the construction of a road over the sewer line alongside the main road here while the remaining amount would be used for various development works in other wards. He said works worth Rs22.79 crore have been approved by the Finance and Contract Committee and their tenders had been invited. These works would start next week.

The minister said the PSPCL owed Rs30 crore to the MC which was collected through municipal tax on its bills. He had talked to Venu Prasad, Chairman, PSPCL, and the latter had assured that Rs25 crore would be provided to the MC next month.