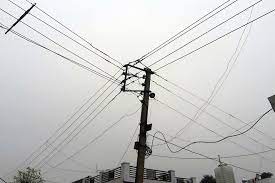 The Kharar area witnessed a virtual blackout for close to half an hour as strong winds started blowing late in the night. Power was restored later when the weather became normal, but power outages were witnessed in the morning and afternoon too.

“Power cuts are normal these days. For the past two months, there has not been a single day when there has been no power cut. It is only the duration that varies — from two to five hours,” said Rupesh Manchandani, a resident of Saini Vihar.

Residents said since the weather was pleasant, they did not mind the power outage at night, but when the supply was not restored till the afternoon, they started getting restless.

“It becomes difficult to sit inside without a fan or a cooler. Moreover, eatables and milk products in the refrigerator start getting stale if there is no electricity for more than five hours,” said Kunal Sachdeva, a Dhakoli resident.