Mohali cop held on graft charge, 2nd in a week : The Tribune India

Mohali cop held on graft charge, 2nd in a week 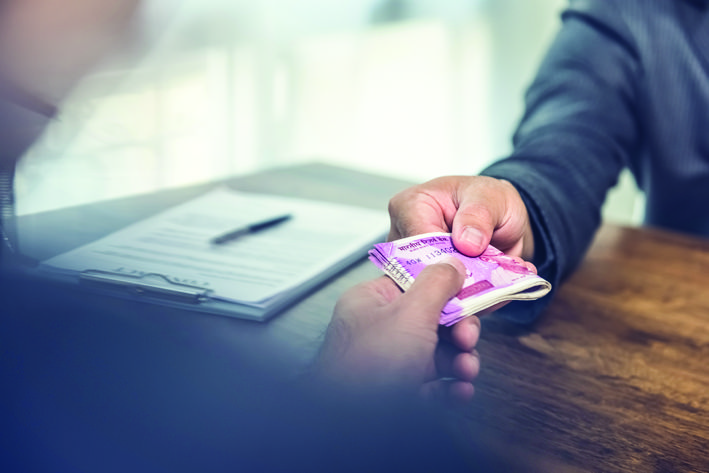 After a constable made a video of a Mohali traffic policeman, ASI Avtar Singh, allegedly taking a bribe of Rs 500 from the occupants of a car bearing a registration number of Himachal Pradesh, the police nabbed him under the Prevention of Corruption Act at the Airport police station yesterday. He was produced before the court today that sent him to judicial custody.

The incident took place on April 1 and the complainant, Jaskaran Singh, a constable in the same zone 4, filmed the incident around 5:30 pm. The car occupants had incomplete documents. The ASI was about to issue them a challan but let them off. “The cop allegedly put the Rs 500 note in his pocket,” the police said.

The traffic constable later submitted the video to the Mohali SSP who ordered a probe into the matter.

Mohali SSP Vivek Sheel Soni said, “A complaint was received and the matter was investigated. A case under the Prevention of Corruption Act has been registered against him at the Airport police station. He was produced before the court and sent to judicial custody.”

Meanwhile, Avtar Singh was suspended by the department. This is the second instance in less than a week where a Mohali traffic cop has been caught taking bribe. On April 24, Harpreet Singh, a traffic policeman of Mohali, was arrested for taking a bribe of Rs 200 from a taxi driver in Kharar. The suspect was checking vehicles at the Khanpur chowk on Sunday night when he allegedly took the bribe amount from the taxi driver who had incomplete documents. A passer-by had made a video and sent it to the anti-corruption helpline.