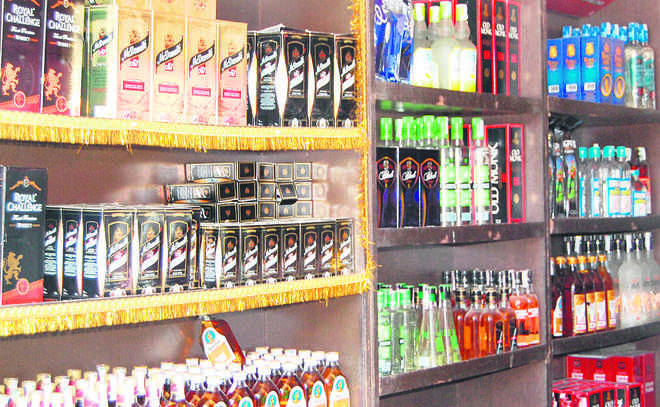 The contractors demanded that the security fee set at 17 per cent should be reduced to 10 per cent. The quota for beer and English wine should be the same as the country-made liquor and it should be fixed rather than open, they said.

The protesters said the L-1 licence fee, which had been increased, should be kept at Rs 25 lakh as the last year. The group size has been set at Rs 30 croe which should be from Rs 8 to Rs 10 crore so that small contractors can also do business.

The contractors have opposed the e-tendering process in the allotment of vends. It should be done according to the prevailing system, they said.