Request him to pass resolution to fill vacancies in corporation 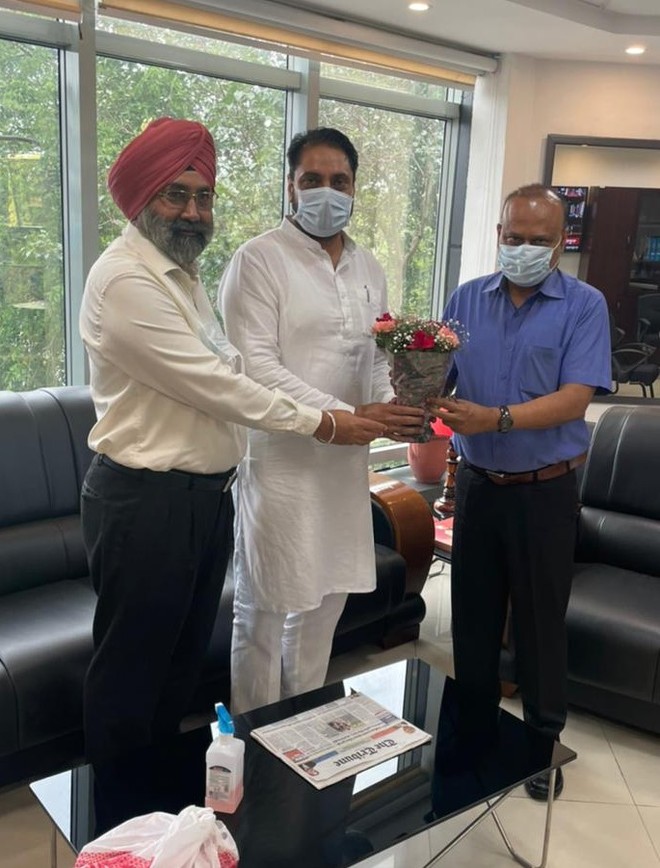 Concerned over the shortage of staff in the Mohali Municipal Corporation, Mayor Amarjit Singh Sidhu and Deputy Mayor Kuljit Singh Bedi today met AK Sinha, Secretary of the Local Bodies Department, Punjab, to approve the resolution for appointment of staff.

Amarjit Sidhu said the Municipal Corporation had also passed resolutions to fill vacancies. He requested the Secretary, Local Government Department, to pass these resolutions and send these back so that the vacancies could be filled.

Assuring the Mayor of full support, Sinha said he himself had been the Chief Administrator of GMADA and also the Administrator of the Municipal Corporation, so he was well aware of the problems of Mohali. He lauded the decision of the Mayor to take over the charge of the Public Health Department and said it would enable timely completion of important tasks.

Deputy Mayor Kuljit Singh Bedi said later they also met the Director, Local Government Department, and requested him for cooperation regarding the work of the Mohali Municipal Corporation. He said the Director, Local Government, also assured the Mayor and the Deputy Mayor that full support would be extended to the Municipal Corporation. MC Commissioner Kamal Garg was also present.