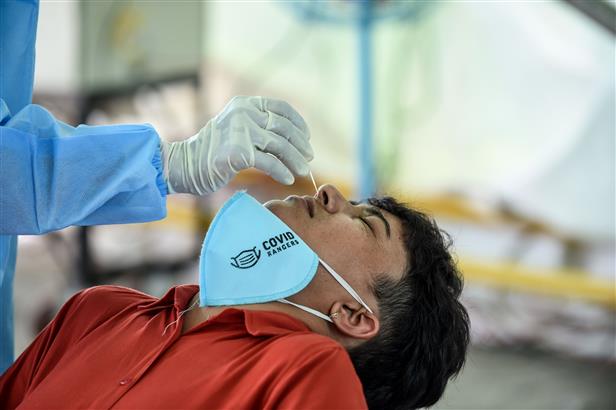 The developments take Mohali’s cases to 1,264 with 19 deaths.

The deceased, a 62-year-old man who was diabetic and had hypertension, had been admitted to Banur’s Gian Sagar Hospital some days ago, and was in critical condition, Mohali Civil Surgeon Dr Manjit Singh said.

Most of Saturday’s cases came from Mohali city, Kharar, Derabassi, Zirakpur, Nayagaon and Lalru towns. All patients who tested positive on Saturday are now at a COVID care centre in Gian Sagar Hospital.

Meanwhile, district officials said that LIC Colony in Mundi, Kharar, and Sector 115 have been declared as micro containment zones after over five cases came from these areas.