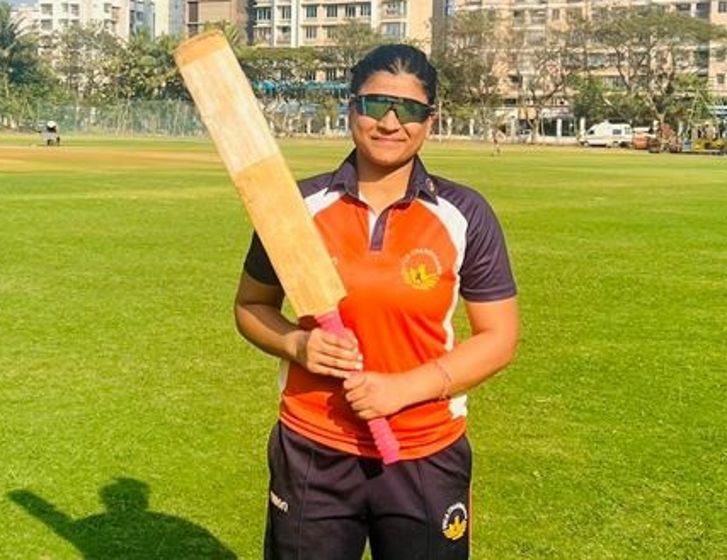 Earlier, Arunachal Pradesh got off to a dismal start. The side was struggling at 32/3 when a 166-run partnership between Nabam Yapu and Ila Khan helped the side get back in play. Skipper Nabam (88 off 96 balls, with 10 boundaries and three sixes) and Ila (78 off 82 balls, with 11 boundaries) helped the side revive their innings. The side scored 224/7 in the allotted 50 overs. Kashvee Gautam and Jyoti Kumari took two wickets each for the bowling side, while P Guleria and Nandini Sharma bagged one wicket each.

In reply, Chandigarh’s Monika and Madhuri Aghav started the innings by raising a 69-run partnership. Madhuri (40 off 59 balls, with 11 boundaries) was the first one to lose her wicket. Aradhna Bisht (4) contributed a little before Priyanka Guleria shared a crucial 53-run partnership with Monika. The partnership was ended by May Mekh as she claimed Priyanka (26 off 39 balls, with two boundaries). Chandigarh faced a bit of struggle at 138/3, but Monika continued to hold the fort. The side lost quick wickets of Shivani Thakur (7) and Shivangi (4). However, a 36-run partnership off 32 balls between Parushi Prabhakar and Monika helped Chandigarh to come close to the target. Parushi (27 off 21 balls, with five boundaries) fell prey to Ltika Tyagi, while Monika Pandey’s unbeaten 99 eventually ensured Chandigarh’s victory. Monika completed her 99 off 109 balls, with 11 boundaries, to ensure the team’s first win of the tournament. Nabam Yapu, Megha Sharma, Mai Mekh and Ltika claimed one wicket each for the bowling side. Chandigarh will play their next match against Delhi on January 25.