Carmel Convent tragedy: Month on, Chandigarh yet to fix responsibility : The Tribune India 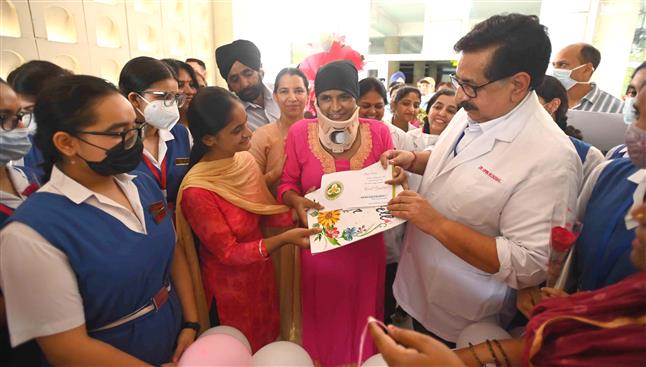 Attendant Sheela Devi gets greetings from students and staff of Carmel Convent at PGI. Pradeep Tewari

Even after a month, the UT Administration is yet to fix responsibility in the Carmel Convent School incident in which a 16-year-old girl lost her life and 19 others suffered injuries after a part of the heritage peepal tree fell on school premises on July 8. 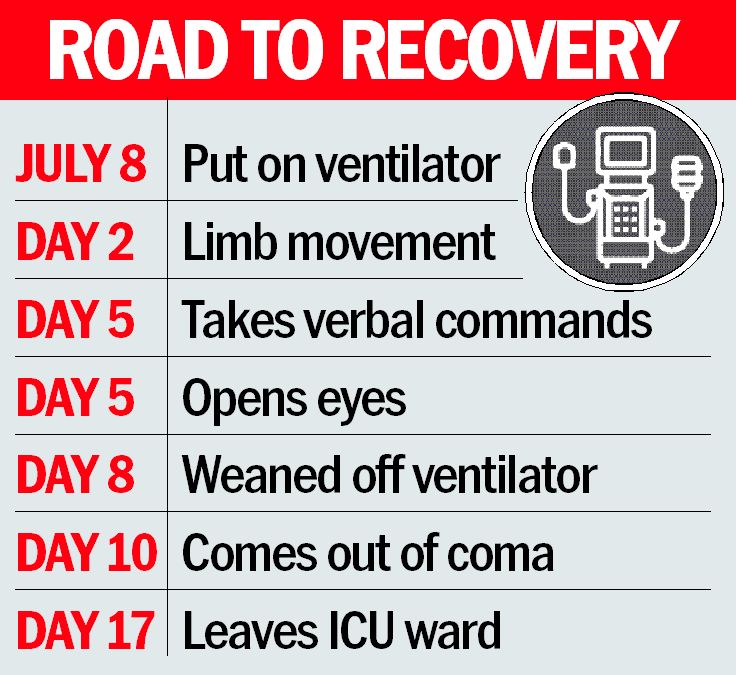 The 250-year-old peepal tree was found to have been infested with termites, apparently leading to the incident.

It was extremely challenging. There were moments of hopelessness and despair. But PGI team, with constant support, made me emerge victorious from a near-death situation. I am deeply indebted — Sheela Devi, Carmel Convent attendant

The report of the inquiry committee is yet to be submitted. Responsibility could be fixed only after examining the report. — Dharam Pal, UT ADVISER

On July 12, the administration had constituted a one-member inquiry committee headed by Justice Jitendra Chauhan (retd), a former judge of the Punjab and Haryana High Court, to ascertain the facts and fix responsibility in the incident.

The committee was also entrusted with suggesting remedial action to be taken to prevent any such untoward incidents in future.

The committee requested the general public to give suggestions for preservation of trees so as to prevent recurrence of such incidents. On fixing responsibility, UT Adviser Dharam Pal said the report of the inquiry committee was yet to be submitted. He further said responsibility could be fixed only after examining the report. On July 19, a research team from the Forest Research Institute, Dehradun, visited Chandigarh and decided to study issues related to plant pathology, entomology and conduct ultrasonic study to find out the extent of hollowness in standing trees.

After the incident, the administration had constituted a committee of officials from the municipal corporation, Forest Department and Horticulture Wing of the administration to visit all 211 schools and other educational institutions to inspect trees to avoid any such incident in the future. The District Magistrate had also ordered a magisterial inquiry to look into the incident.

The inquiry was headed by the SDM (Central) with the Executive Engineer, Horticulture, UT, and Range Forest Officer, Forest Department, as its members. An official said the magisterial inquiry report would be submitted to the one-member inquiry committee.

All remaining 30 heritage trees were thoroughly verified by the committee for their health, strength and vulnerability to uprooting, etc. After a thorough examination of all aspects, the committee recommended felling of two over-matured trees standing in Sectors 19 and 23. Both trees and the one that fell at school were later removed.

CB Ojha, Chief Engineer, UT, said 98 dead and dangerous trees from schools and educational institutions have been cut in the past one month.

A committee has also been constituted comprising officers from the Engineering Department, Municipal Corporation and Forest Department. The Secretary Forest will now give approvals for cutting of trees.

Pruning /pollarding or removal of dead/dry/dangerous standing trees will be approved by the department head concerned based under their jurisdiction so that these can be dealt with expeditiously. The execution of cutting/felling will continue to be carried out by the Municipal Corporation.

The residents will also be able to track their applications online at the click of a button.