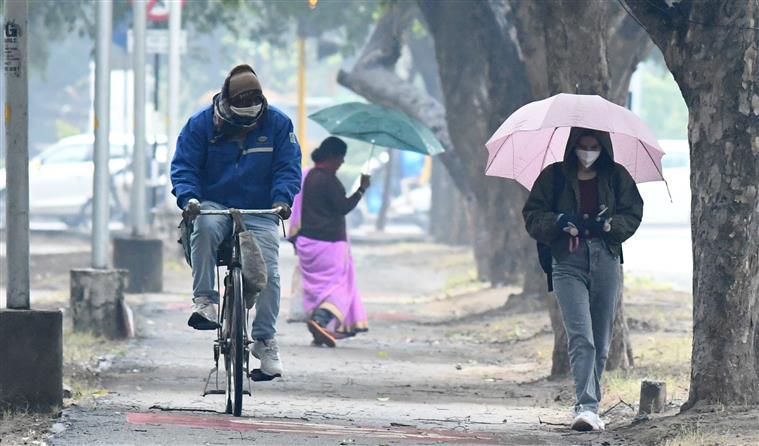 People face a tough time during the rain in Chandigarh on Saturday. Tribune Photo: Pradeep Tewari

There are less chances of rain on Monday, but there could be light rain. Fog is also expected on Monday, following which, there is a forecast of clear sky.

According to the weathermen, a total of 114.1-mm rainfall had been reported in Chandigarh from January 1 to 9. It is a record as before this it was in 2017 that more rain was witnessed in January. In 2017, the month recorded 132-mm rainfall. Normal rainfall, however, this month is 33 mm.