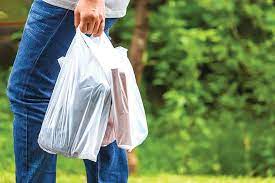 With the nationwide ban on single-use plastic items coming into force from July 1, the UT Administration has prohibited wrapping or packing films around sweets boxes, invitation cards and cigarette packets, and plastic or PVC banners less than 100 microns thick in addition to other items already banned in the city.

The Central Government has banned manufacture, sale and use of single-use plastic items such as plates, cups, straws, trays, and polystyrene from July 1.