Most parts of Zirakpur plunge into darkness 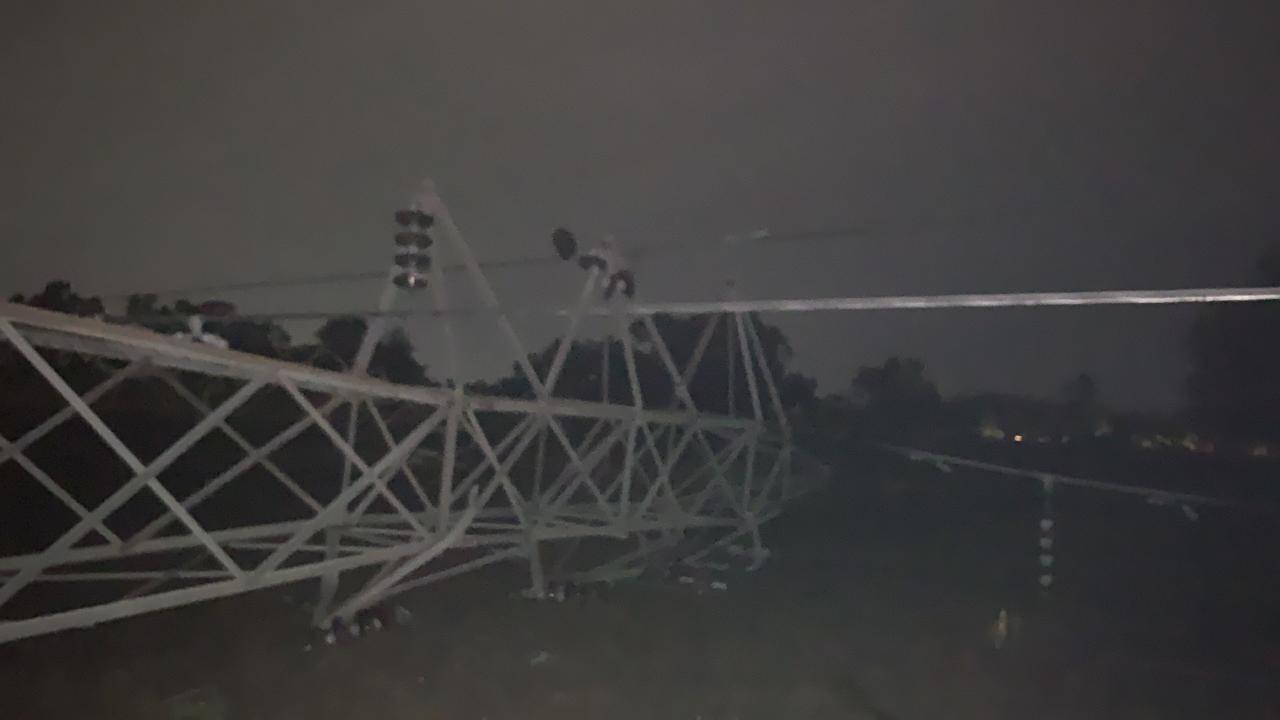 An electricity pole uprooted by strong winds at Pabhat in Zirakpur.

The entire Pabhat and Ramgarh Bhudda areas plunged into darkness after strong winds uprooted a high-tension electricity pole in Pabhat this evening.

PSPCL Executive Engineer SS Oberoi said, “It may take more than 24 hours to restore electricity in the areas.”

Strong winds and rain lashed the tricity around 7:30 pm, bringing some respite from the searing heat, but a blackout loomed large over Zirakpur residents for another 24 hours.

Three 66-kV towers fell near Captain Farm in Barri village. PSPCL officials said the main power supply was switched off in the IT City, Ramgarh Bhudda and Pabhat grids today.

Residents said several trees were also uprooted in the Lohgarh and VIP Road areas. Residents said most of the Zirakpur plunged into darkness around 8 pm.

Daily power cuts for hours are testing the patience of Mohali residents for over a week. Most areas in the district — Mohali city, Kharar, Zirakpur, Nayagaon, Dera Bassi, Lalru and New Chandigarh — are witnessing power outages several times a day. On an average, there is no power supply for eight to nine hours in peak summer season these days. Overloading has taken its toll on transformers and power infrastructure, making the matters worse.

Mohali Phase 1 resident Sandeep Sood said, “Power outage in peak summer season is the last thing on your mind. We have been sitting with hand fans for the past five hours. It is 11 pm, the inverter too has been exhausted.” A PSPCL official, not wishing to be named, said there was enormous pressure on feeder lines as a result of which transformers were breaking down. Electricity is supplied to Mohali through 19 grid stations from the Ropar and Rajpura power plants. Sources said with paddy sowing set to start in Ropar and Mohali districts from June 17, the situation was going to get tricky in the coming days.

Mundi Kharar resident Jaspreet Ghumman said, “Grown-ups could still bear the intense heat but how to tell kids to bear the heat. The situation is really very grim. We have run out of patience. Power is restored for maximum 30 minutes and then it is gone for the next four-five hours. The continuous tripping has wreaked havoc on ACs and electrical appliances.” A senior PSPCL official said, “We are trying our best to control the situation.”

In Zirakpur, residents only refrain is to provide uninterrupted electricity. “As long as the government is providing free electricity to a few, majority of people will continue to suffer. Nobody wants free electricity. We pay bills regularly and want uninterrupted power supply,” said SD Verma, a resident of VIP Road. Residents of TDI, Sector 110-111, had on June 13 staged a protest alleging that the power supply to their area had remained disrupted from 5 pm to 5 am.

Strong winds, accompanied by rain, delayed the arrival and departure of five flights at Chandigarh airport on Wednesday evening. The Mumbai-Chandigarh flight, scheduled to land at the airport, had to be diverted to Delhi around 7.20 pm. The departure of flights to Dubai, Jaipur, Delhi and Srinagar was also delayed by over an hour and a half. Normal traffic resumed once the strong winds abated. TNS