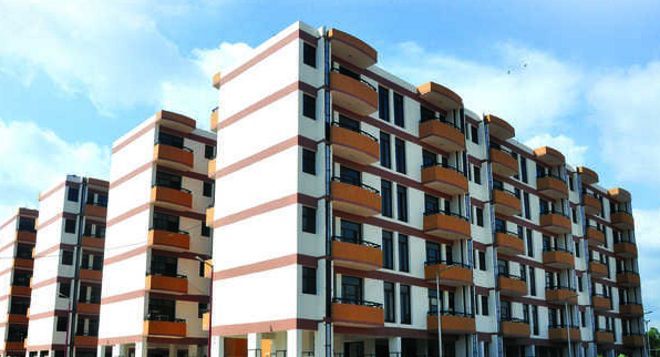 The 11-member committee, headed by Member of Parliament Kirron Kher, has recommended reduction in unearned profit from the existing one-third to one-fourth or one-fifth to provide a major relief to residents.

The committee was constituted on the direction of the Supreme Court to streamline the process of sanction of mutation, grant of occupancy certificate, no-objection certificate and other citizen-centric requirements, including calculation of unearned profit under the 1973 or 2007 Rules.

Under provisions of the Chandigarh Estate Rules-2007, charging of one-third unearned increase exists and is applicable to all sites or buildings sold out by allotment or hire purchase or on concessional rates. At the time of transfer or such flats or units, the charging of unearned increase has been rising from time to time.

Sources said the committee recommended that the exiting rate of unearned increase as 33.33 per cent (one-third) should be reduced to 25 per cent or 20 per cent (one-fourth or one-fifth).

The panel was in favour of extending the Chandigarh scheme for transfer of flats/dwelling units in Cooperative House Building Societies-2018 by one year to provide a reprieve to occupants of societies.

As per the scheme, the UT Administration or the Chandigarh Housing Board will execute the deed of conveyance or lease deed, as the case may be, in favour of the house building society on the payment of the prescribed stamp duty on the actual amount paid to the CHB/Administration as consideration.

On the payment of the composition fee, need-based changes to be allowed if such changes/extra coverage are within the allotted area, suggested the panel, adding that the rates for extra floor area ratio (FAR) should be rationalised.

During its meetings, members of the panel discussed in detail the process of mutation of property through sale deed, transfer of lease rights by sale, grant of no-objection certificate, unearned increase for transferring society flats and other properties, charging of the GST by the CHB and transfer of flats in case of GPA holders.

The committee will soon submit its report to the UT Administrator for appropriate steps to implement the suggestions made by the committee.