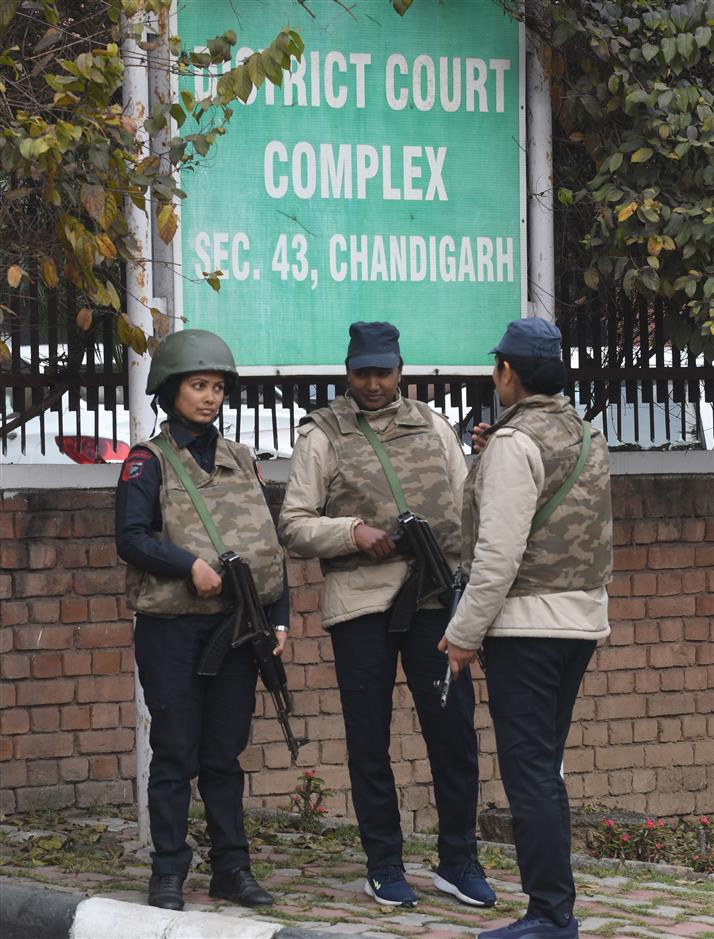 Multiple entries are posing a threat to the security of the District Courts Complex, Sector 43, Chandigarh.

Though the police are deployed at the main two entries to the complex meant for the general public, there are other entries which are not properly protected by security personnel. One entrance is at the back of the complex and the other on the roadside.

A visit to the complex revealed the absence of metal detectors and a lack of proper security check at the rear entry though guards were present there. There is a separate entrance for judges.

The iron grill at the back of the complex has been damaged at a few points.

Rajesh Sharma, an advocate, said as per the present situation, it was very easy to sneak into the judicial complex because there were many entries and every entry was not equipped with a metal detector.

The bomb hoax is a wake-up call for the authorities to review the security arrangements at the complex, he added.

Sunil Toni, former president of the District Bar Association, said there was a need to conduct a security audit of the whole complex. There was no metal detector at the back entrance. The number security personnel deployed there was insufficient. The number of security personnel should be increased at the back entrance as well as in the parking area. The Supreme Court has stressed the need for proper security arrangements at court complexes all over the country, he added.

Advocate Vinay Kumar said the police should constitute a team of experts to undertake a security audit of the complex at the earliest.