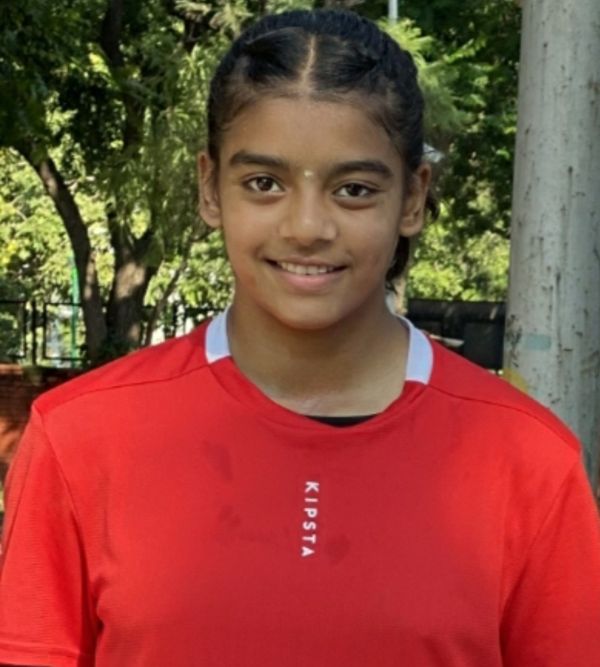 The ace striker, whose father is a Class IV contractual employee and mother a domestic help, has become the first-ever woman player from the city to debut for a professional Indian football club in a state league.

What her father says

A student of Government Model Senior Secondary School, Sector 22, she had joined the Bengaluru Football Club’s residential academy (U-15 category) in January this year on a four-month contract. She donned the jersey of the club in the KSFA Women’s ‘A’ Division League at the Bengaluru Football Stadium on Tuesday.

She has represented Chandigarh in the U-14 national championships and was also adjudged the Player of Tournament in the Chandigarh State Championships.

The journey so far

Nandini’s talent was first spotted by her coach Bhupinder Singh Pinka, who decided to hone her skills. Her talent caught the eyes of Indian team goalkeeper Gurpreet Singh Sandhu, who had spent his earlier coaching days under Pinka, during a visit to the Sector 22-based academy. From there, she found a her way to join the Bengaluru FC’s residential academy. “She would come with her brother to watch him play soccer.

Gradually, she developed interest and started practising with us. Within two years, she emerged the best player in the state championships and also represented Chandigarh in the nationals. She is a bright player, who got a good start ahead of her career,” said Pinka. He added, “I remember she used to come from Kharar to practise on a daily basis. She is a dedicated student and will be representing the country soon,” added Pinka.

Father wants to see her play for India

Nandini’s father Vijay Kumar, who asked his children to join the academy to protect them from bad company, now wants to see his daughter play for the nation. “There were no plans of making her a professional player. My son plays football and I asked him to take Nandu along. She developed an interest and now is playing at a good level. I am not aware of anything about football, but I want to see her play for the nation,” said Vijay. Asked about the diet and kit for Nandini, Vijay added: “Till date, her coach looks after her diet. He gave them (both kids) free coaching and took care of them well. He took our permission before approving Nandini’s name for joining the club,” said Vijay.

The ace striker, whose father is a Class IV contractual employee and mother a domestic help, has become the first-ever woman player from the city to debut for a professional Indian football club in a state league.