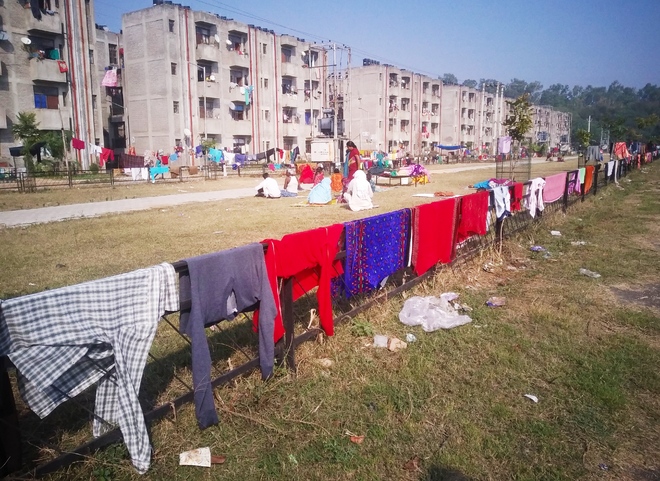 Nearly 1.75 lakh slum dwellers have been rehabilitated in nearly 35,000 EWS flats in various parts of the city so far.

The UT Administration had recently razed Colony No. 4 housing over 2,500 structures. Plans are afoot to demolish four more colonies - Janta Colony, Sanjay Colony and slum clusters that have come up in Shahpur and Maloya villages.

In order to make the city slum-free, the UT Administration has so far demolished 17 colonies, including Ambedkar Colony, Kumhar Colony, Madrasi Colony, Colony No. 5, etc. The eligible dwellers of these colonies have been rehabilitated in eight different complexes or sectors.

After the demolition of Colony No. 4 in the Industrial Area, Phase 1, on May 1, the UT Administration had reclaimed nearly 65 acres worth nearly Rs 2,000 crore and the land originally belonged to the Forest Department and Estate Office.

Yashpal Garg, Chief Executive Officer, CHB, said nearly 3,000 small flats had been allotted to residents of Colony No. 4 in the past nearly three years.

The UT Administration has already put up demolition notices at outside Janta Colony in Sector 25, Sanjay Colony in Industrial Area, Shahpur Colony near Sector 38 and Khabadi Colony in Maloya.

However, the Punjab and Haryana High Court has stayed the demolition drive in Janta Colony, which was to be carried out on Sunday to vacate nearly 10 acres already been earmarked for dispensary, primary school, community centre and a shopping centre.