Adequate security arrangements are in place ahead of Prime Minister Narendra Modi’s visit for the inauguration of Homi Bhabha Cancer Hospital and Research Centre at Ferozepur Bangar village in New Chandigarh here on Wednesday afternoon.

Officials of the Punjab Government and district administration have been making preparation for the past one week to ensure foolproof arrangements. 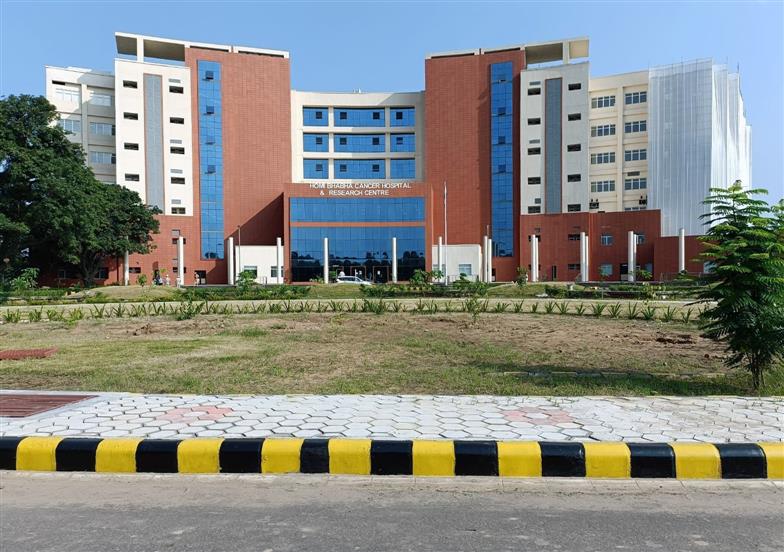 A three-layer security cordon has been laid, with 7,000 police personnel from all 22 police districts of the state having been deployed at the Punjab-Chandigarh border.

Amid the “security lapse” during PM’s Ferozepur visit in January, the authorities have left nothing to chance this time, deploying special security forces, paramilitary forces, anti-riot police apart from regular police near the venue and at the borders.

The entire 3.5-km area from the Chandigarh border to Medicity and up to the Air Force Station is swarming with cops, numbering close to 1,000.

The threat of farmer groups springing a surprise or separatist outfits looking to grab spotlight are among the concerns that seem to have prompted the authorities to make adequate security arrangements.

A dry run was conducted this evening to make final adjustments. The entire stretch from Dhanas to the Medicity area is bathed with fluorescent streetlights and a pandal has been decked up for a public event tomorrow.

Although no restrictions have been imposed in the area with free movement of vehicles on the Chandigarh-Siswan road, local residents in and around the Medicity area rued barricading and detours had been causing inconvenience to them for the past three days. Parents ferrying kids after school hours had to make detours as cops restricted the entry from main road with barricades.

For the tricity, the hospital is going to provide affordable cancer treatment on the doorsteps, bringing in hundreds of specialist and super-specialist doctors to treat the disease.

It is also likely to reinforce the medical hub status of the area. The New Chandigarh area, after holding out a promise initially, seems to have tapered off in terms of basic infrastructure.

With the 300-bed facility functional, it is also going to bring into focus the perennial problem of roads, water and electricity in the area. The real estate, housing and other allied services are also likely to get a fillip in the coming years.

Mohali DC Amit Talwar said: “All necessary arrangements have been made. Several officials of respective departments have visited the spot and reviewed the arrangements.”

While no restrictions have been imposed with free movement allowed on Chandigarh-Siswan road, locals in and around Medicity area rued barricading and detours had been causing inconvenience for past three days. Parents ferrying kids after school hours had to make detours as cops restricted entry from main road with barricades.

Cancer centre to be unveiled at 2.15 pm

2.15 pm PM will arrive at the venue for 1-hr event, say officials

A few residents of Hariana village, adjoining the cancer hospital, on Tuesday said they would submit a memorandum to the government officials to make provision for appropriate jobs, medical treatment at the hospital as 33 acres of their village had been acquired for the project.

The UT has been declared a “no flying zone” for drones and UAVs. The District Magistrate ordered prohibition on carrying of arms in the city. Mohali SSP Vivek S Soni said no diversions had been planned on the main road.