Chandigarh: New dog pound to be up & running by March : The Tribune India 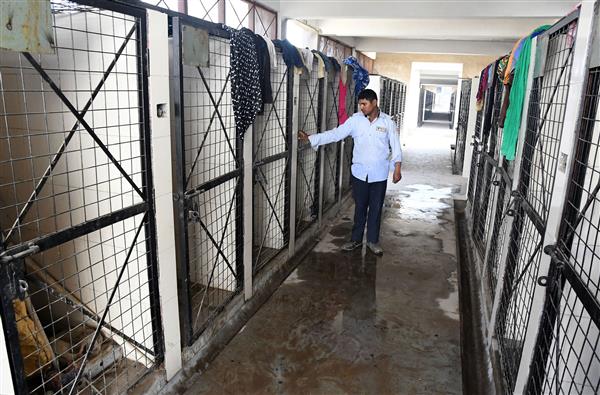 To control stray dog population in the city, a dog pound with a capacity of 310 kennels will be made operational at Raipur Kalan by March next year.

The state-of-the-art pound will have a dog care unit where injured canines will be treated. It will house a laboratory, a hospital and an operation theatre. Along with sterilisation, vaccination of feral dogs will also be carried out. The centre, spread over 2.50 acres, will have a facility to sterilise 1,000 stray dogs.

The Municipal Corporation is already running an Animal Birth Control (ABC) Centre in Sector 38 for sterilisation, with a capacity of 110 kennels. With the coming up of a new dog pound, the capacity will increase to 420 kennels in the city.

In the action taken report submitted recently — on issues mentioned in the minutes of the Administrator’s Advisory Council held on February 22 — the MC stated the work of ABC Centre was given to the Compassion for Animal Welfare Association (CAWA), an NGO, in July and 941 dogs had been sterilised so far. The dog pound at Raipur Kalan was under construction and would be functional by March 2023, said the report.

Further, 29 rabid and biting dogs had been lifted by the MC and transferred to the Society for the Prevention of Cruelty to Animals (SPCA) facility located in Sector 38, which is under the ambit of the Deputy Commissioner.