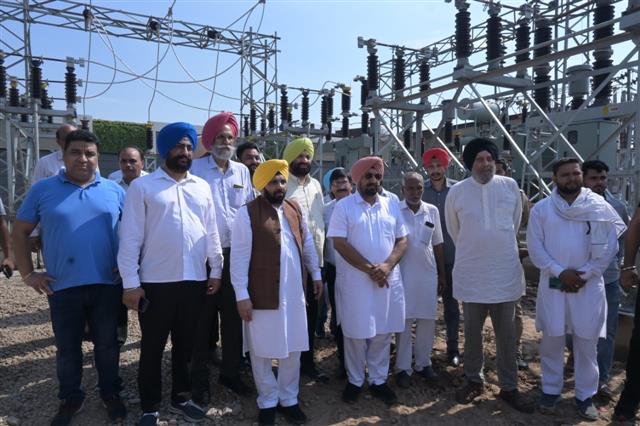 Irate residents said the power supply had always been erratic but even on the day of the substation launch, Baltana faced cuts around 6 pm.

During the launch of the substation on July 18, Harbhajan Singh ETO had said, “The commissioning of this grid substation will greatly boost the power supply to the colonies near Baltana, areas along the Zirakpur-Ambala road, the Zirakpur-Patiala road and the Kalka-Shimla road and outskirts of Zirakpur towards Chandigarh.

“All lies. The power situation in Zirakpur is critical. Residents are fed up with the services of PSPCL. The Minister and the MLA should come and see the situation for themselves,” said Bishan Singh Saini, a Baltana resident.PSPCL officials reasoned that it takes “a little time” to shift the load from transformers.

“Power cuts are being imposed due to the shifting of load from the 66-kV Bhabat Grid to the newly built 66-kV Baltana Grid. It is done now. There will be no power cuts now,” said SS Oberoi, Executive Engineer, PSPCL, Zirakpur.

Officials said they had been informing people regularly about the scheduled power cuts.

“The Power Minister, the local MLA and PSPCL officials should answer why this situation even after it has not been a week they inaugurated the substation,” said Tejinder Sawhney, a Zirakpur resident.