Deputy Commissioner Mahavir Kaushik had, on December 22 last year, instructed the NHAI to repair the highway in 15 days 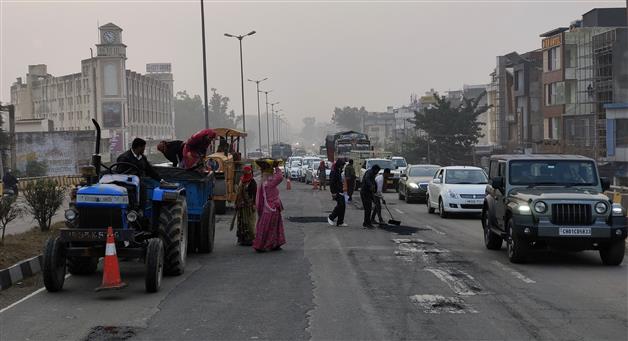 Deputy Commissioner Mahavir Kaushik had, on December 22 last year, instructed the NHAI to repair the highway in 15 days.

The NHAI project director, Pardeep Atri, also dispatched a letter to the DC, saying the “requisite repairs will be completed in a fortnight or so.”

The NHAI said the necessary repairs of potholes on the highway were undertaken in November and December last year and rendered almost patch-free, but later the weather conditions were not conducive for bituminous work to sustain.

“The reported potholes seem to have re-generated during the recent incessant rain,” the NHAI stated in the letter, dated January 14. —