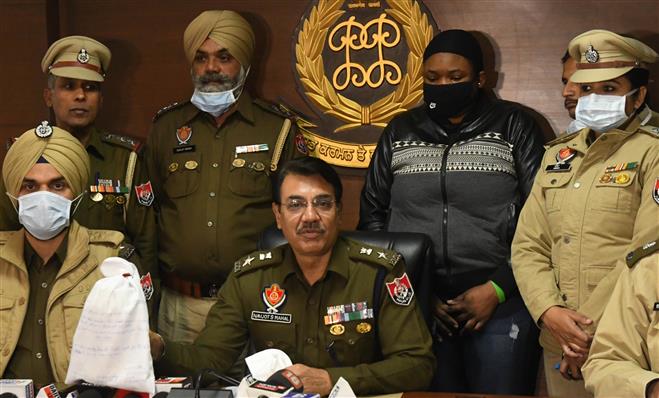 The CIA staff of the Mohali police has arrested a Nigerian woman, Feth, with one-kg heroin.

SSP Navjot Singh Mahal said a police team, headed by Inspector Shiv Kumar, in-charge, CIA staff, received information on January 13 that a Nigerian woman was coming to a park in Phase 7 here to supply heroin to her customers. The police team arrested the woman and recovered one-kg heroin from her. A case has been registered against the woman.

The SSP said during preliminary investigation, it was revealed that Feth was involved in the smuggling of heroin since long. The woman also revealed that she bought the heroin at cheaper rates from Delhi and sold to her customers at higher rates in Mohali and Kharar.